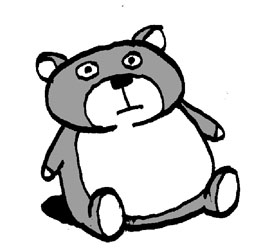 Big women are beautiful, at least in the North African country of Mauritania. A Mauritanian woman isn’t able to find a husband if she doesn’t have sufficient flesh around her belly. But for young Mauritanian girls, gaining enough weight to become beautiful is a painful task.

At bridal camps held in the middle of the desert, the participants, mostly teenage girls, are fed up to 16,000 calories per day. Part of the regimen involves drinking a daily dose of 18 liters (4.8 gallons) of camel’s milk.

If they refuse to eat, they will be whipped with a cane. If they throw up, they must eat again.

Ironically, the absurd tradition originates from a barren environment that produces little food. A plump body once symbolized wealth, and now it is a measure of beauty.

In contrast, countries with an abundance of food consider obesity as a public enemy. The United States is one of the heaviest nations in the world and spends over 150 trillion won ($133 billion) on obesity-related treatments. To reduce the enormous cost of obesity, Michelle Obama launched the “Let’s Move” campaign in the spring, with the goal of reducing childhood obesity from 30 to 5 percent in the next 20 years.

Korea also has reason to worry. According to a survey conducted by the Ministry of Education, Science and Technology, 13 percent of elementary, middle and high school students are obese. For the first time, the number of students with extreme obesity, those who weigh more than 1.5 times those with normal weight, has exceeded 1 percent of the total student population. The main culprit is the abundance of unhealthy, high-calorie foods consumed by the young such as hamburgers and instant noodles.

Unlike the South Korean youth who grow up with too much food, children living on the other side of the DMZ may dream of becoming fat someday. The World Food Program estimates that 35 to 50 percent of North Korean children are undernourished.

Children in the North have even changed the lyrics of a popular nursery rhyme and sing, “The Grandpa Bear is fat, the Daddy Bear is fat, and the Baby Bear is stupid,” in reference to Kim Il Sung, Kim Jong-il and Kim Jung-un. These children are starving while Baby Bear is overweight. Given the current climate in the North, they won’t likely have reason to stop singing their version of the song any time soon, even if they are whipped with a stick.