Women living in a man’s clothing

Women living in a man’s clothing 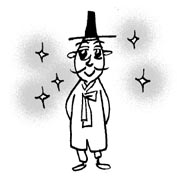 Women were prohibited from participating in or watching ancient Olympic games, but they were allowed to be awarded the laurel wreath. Passionate women were not satisfied with only laurel wreaths, they even dared to participate in the games, dressing themselves like men. If they were caught, they were thrown off a cliff. The prohibition of women from participation in the Olympics was abolished only when the first modern Olympic Games were held in 1896.

It was necessary for heroines in William Shakespeare’s works to dress themselves like men. In “Twelfth Night,” Viola was forced to scrape by. If she worked as a servant, she had no choice but to disguise herself as a man. In “As You Like It,” Rosalind began a journey, disguising herself as a man when she earned the wrath of her uncle and was driven out of the house.

The common point here is that the love affair got entangled because of women who mistook heroines in men’s attire as men. In “The Merchant of Venice,” too, part of the plot involves women disguised as men.

Why did Shakespeare use plots involving women in male attire? In the era of Queen Elizabeth I, women were not allowed to appear on the stage. Therefore, young boys acted as women, dressing in female clothing. Even if they were handsome boys, however, it must have been awkward to watch them act the roles of the opposite sex.

Therefore, the plot about women disguised as men was necessary. Some people say it was the 17th century style of feminism that helped women cross barriers by disguising themselves as males.

Since “The 1st Shop of Coffee Prince” was shown on television in 2007, it has not been rare to find women characters dressed like men in Korean dramas, too. This drama is about a woman disguised as a handsome boy and a man who agonizes over his romantic feeling towards the boy. It’s sort of homoerotic.

In the popular KBS drama “Seonggyungwan Scandal,” the only way for Yunhi - an accomplished female scholar who can compete with men - to enter Seonggyungwan, is to dress like a man.

It seems that women tried to overcome gender discrimination plenty of times in the past by disguising themselves as men, whether in ancient Greece, 17th century England or during the Joseon Dynasty.