A journey from war to starting college in North

A journey from war to starting college in North 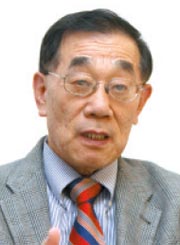 It seems unusual: a 74-year-old South Korean who volunteered when he was 15 to fight during the Korean War - and was later even incarcerated in North Korea - has founded a private university in the North, the Pyongyang University of Science & Technology.

Kim Chin-kyung, president of the university, oversaw the opening ceremony on Oct. 25. His goal is to help North Korea become competitive globally and to promote peace on the Korean Peninsula.

“Whenever people ask me why I founded a university in North Korea, I respond ‘I’m a lovist [who is concerned with love], not a communist nor a capitalist,’” said Kim, who has U.S. citizenship. “Now, the situation in North Korea is very difficult. Although the government isn’t able to resolve the situation, [I think] civic organizations should give a helping hand to the North.”

The Joongang Ilbo had an exclusive interview with Kim last week while he was attending an international forum at Yonsei University.

“The children in the North are our brothers,” Kim said, adding that the connection between the countries has to be strengthened. “Otherwise, a massive disaster will come after reunification of the two Koreas.”

Although Kim was born in Uiryeong, South Gyeongsang, he lived in Korea for only a third of his life. The rest of his time was spent in Europe, the United States and China.

While still in Korea, during the war, Kim said he thought, “If I can survive this war, I will dedicate myself to the enemy - North Korea and China - for my entire life.”

After the Korean War, he went to Switzerland and eventually raised funds in the United States to build Yanbian University of Science & Technology, the first Chinese-foreign joint venture school, in China in 1992.

Kim was invited to North Korea by then-leader Kim Il Sung in 1987 and helped obtain rice and other materials for the North. But Kim was imprisoned for 42 days on charges of spying and of being connected to the CIA. After Kim was released he returned to China, where he worked on founding Yanbian University. North Korean officials met with him in China in 2001 and asked him to build a university like Yanbian University in North Korea.

Kim, who obtained U.S. citizenship in 1970, had gotten a permanent residence certificate from the Chinese government, thanks to his dedication to Yanbian University. North Korea also gave Kim permission to visit the reclusive country whenever he wants.

For now, Kim’s focus is on North Korea and on making Pyongyang University a respected university. Kim said the 160 students are all male and 100 of them attended prestigious universities in North Korea, such as Kim Il Sung University. The rest of the students have master’s degrees and doctorates.

Kim said he was impressed by his North Korean students after he gave his first lecture last week on liberal arts. “They were much more educated than I expected,” Kim said. “But the living environment of students varies. Some of the students’ parents are farmers.”

Kim said all of the lectures in the university are taught in English.

“When it comes to general issues, the students can speak English fluently, communicating with foreign professors without any problems,” Kim said.

Located in Seungri-dong, Nakrang District, the university has 17 buildings on its campus, including a main building, student center, 10 dormitories and a research and development center. The university opened three colleges, the School of Information and Communication Technology, the School of Industry and Management and the School of Agriculture, Food and Life Sciences.

Kim said that although the Northeast Asia Foundation for Education and Culture - a South Korean foundation - and the education ministry in North Korea signed a joint contract to manage the university, Kim manages the university with little support from the North.

According to the South Korean Ministry of Foreign Affairs and Trade, the foundation raised about 1 billion won ($888,000) for building schools from the South Korea government, and about 39 billion won from donations from civic organizations and private benefactors.

The foundation said about 6 billion won more is needed to manage the university.

There have been rumors that Kim might have deposited large sums into North Korean leader Kim Jong-il’s account to get a permission to build the university.

But Kim strongly denies the allegations, saying in an interview with Fortune magazine in 2009, “We have never paid any cash to North Korea.”