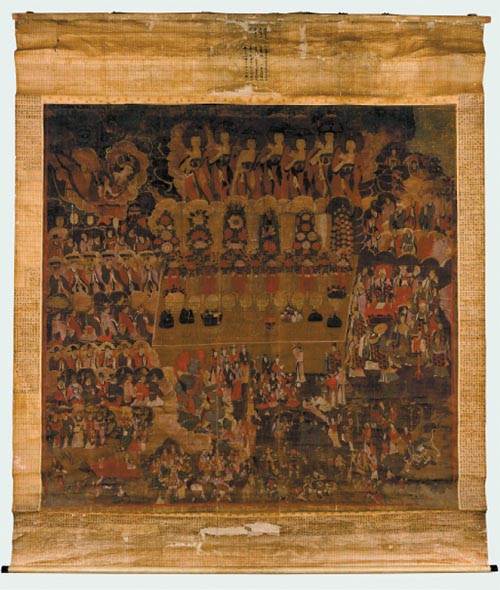 The National Museum of Korea yesterday unveiled “Gamnodo,” a 16th century Korean Buddhist painting repatriated from a Kyoto temple. The museum said it could be designated a national treasure because of its large size (322 by 281 centimeters). The painting may have been in the Japanese temple since the late 17th century. [YONHAP]