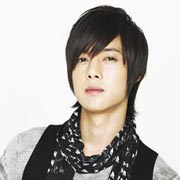 Singer-actor Kim Hyun-joong will perform at the opening ceremony of the 16th Asian Games in Guangzhou, China, on Nov. 12. He will be joined by four Chinese and Taiwanese celebrities for a performance of the games’ official song “Sunshine Again.” The names of the other singers have not yet been announced. The opening event will be televised in a live broadcast before the lighting of the Asian Games torch.

Kim’s management company, Keyeast, said in a press release yesterday that the singer received the invitation to perform at the event in September when he was in the middle of filming the MBC drama, “Naughty Kiss.”