What do North Koreans give in goody bags?

What do North Koreans give in goody bags? 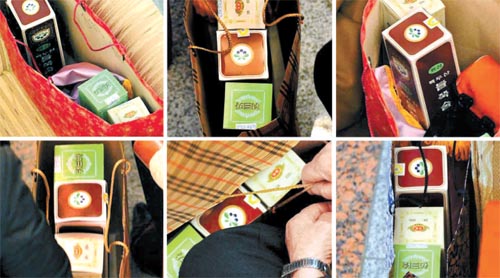 Families separated by the Korean War six decades ago continued their reunions in North Korea yesterday. Ninety-four families enjoyed a second day of Red Cross-arranged reunions at the Mount Kumgang resort on the North’s east coast. Many South Koreans gave gifts of daily necessities, such as toothpaste and foodstuffs.

But the gifts families received from North Korean relatives were all the same: one bottle of vodka and two bottles of country liquor. The three-day reunions, which followed a similar round from Saturday to Monday, came after an exchange of gunfire across the border last week.

On Nov. 25, Red Cross officials of the two Koreas will meet to discuss ways to hold reunions more often and regularly. [NEWSIS]