STARS OF THIS WEEK

STARS OF THIS WEEK 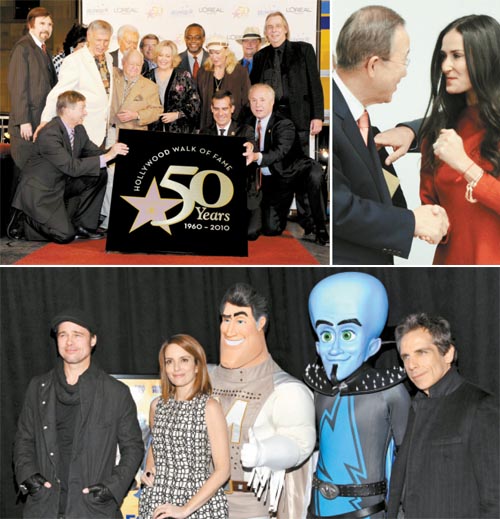 Top right: UN Secretary General Ban Ki-Moon greets actress Demi Moore at the United Nations headquarters in New York during the launch of a fund to fight human trafficking on Nov. 4.
Top left: Hollywood stars, including Mickey Rooney (fifth from left) unveil a time capsule containing Hollywood memorabilia that will be unearthed in 50 years.
Above: Brad Pitt, Tina Fey and Ben Stiller pose at the premiere of “Megamind” with two of the film’s characters in New York on Nov. 3. [AP/AFP]