Virtues of leaders, both old and new

Virtues of leaders, both old and new 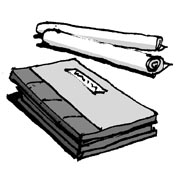 A “jintengzhici” refers to a secret document that is kept in a box, only for its contents to be revealed at a later date.

In “The Eternal Empire,” a novel written by Lee In-hwa, the jintengzhici refers to the paper on which King Yeongjo wrote down his feelings of regret over letting his son and crown prince Sado-seja be killed.

In the book, King Jeongjo, son of Sado-seja, tried to punish the court’s hard-line conservative faction Noronbyeok-pa, who caused his father’s death, by trying to find the secret document that had disappeared over the years, but was ultimately not successful in punishing the conservatives. As a result, his grand plan to carry out a series of political reforms ended in failure.

In actual history, however, it was not a “secret document.”

On May 28, 1793, the 17th year of Jeongjo’s reign, Che Jegong, the then-prime minister who belonged to the other faction, appealed to the king to reopen the investigation into the incident that drove Sado-saeja to his death.

Such a request went against King Yeongjo’s ruling. “Anyone who raised a question on Sado-saeja’s death would be treated a traitor,” he said. The whole court was in uproar. King Jeongjo summoned his officials and gave them an official explanation.

In essence, what the king said was that Che received a written statement from the late King Yeongjo and kept a secret. In the letter, the king expressed regret over the death of Sado-saeja and specified the names of those responsible for the crown prince’s death.

Unlike in the novel, however, King Jeongjo did not stir up resentment on account of the secret document. Instead, he used it to persuade the opposition “to cooperate in state affairs since he had no intention of rekindling bygone affairs.” Then he used their cooperation to implement a drastic tax and military reforms to enhance the livelihood of ordinary people.

The Obama administration’s crushing defeat in the midterm elections showed once again the consequences of not stabilizing the livelihood of the people by being carried away by another cause.

It is no coincidence that King Jeongjo is regarded as one of the greatest monarchs of the Joseon Dynasty.