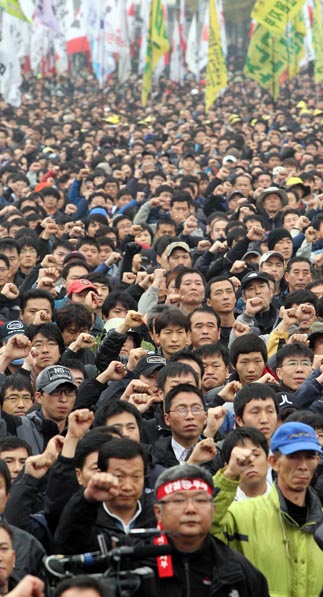 Thousands of workers from the Korean Confederation of Trade Unions, the more radical of two major umbrella labor unions, rally in the plaza in front of Seoul’s City Hall with students yesterday to oppose the G-20 Seoul Summit, demanding workers’ basic human rights and the end of discrimination against temporary workers. [YONHAP]