Syngman Rhee (1875-1965) was South Korea’s first president from 1948 until 1960, when he was forced to resign in response to a popular revolt led by students. Although he led the country during the Korean War (1950-53), he was often criticized for his autocratic rule. Rhee rose to prominence as an exiled leader in China and the U.S. against Japanese colonial rule before returning home in 1945. He died in exile in Hawaii.


Kim Koo (1876-1949) was a prominent leader of the Korean independence movement against Japanese colonial rule. He fled to China after killing a Japanese official and later headed the exiled provisional Korean government there. After returning to Korea upon liberation, he broke with Syngman Rhee by proposing negotiating with North Korea on reunification. He was assassinated in 1949 for still unexplained reasons.


Chung Ju-yung (1915-2001) was founder of Hyundai Group, one of Korea’s biggest conglomerates. He personified Korea’s postwar rags-to-riches story. Born into poverty, he built an industrial empire that included construction, shipbuilding and automobiles. He split up the business group among three of his sons shortly before his death. 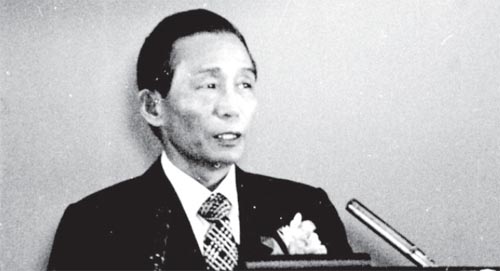 Park Chung Hee, despite his authoritarian rule, is considered by many to be the father of modern Korea for his dedication to development. [JoongAng Ilbo]


Park Chung Hee (1917-1979) took power in a military coup in 1961 and served as president until being assassinated in 1979 by his intelligence chief. Park was instrumental in launching the agrarian nation onto the path of industrialization with a series of fiveyear plans and an emphasis on exportled growth. His government was noted for its brutal suppression of political dissent. Despite his poor human rights record, Park is regarded by many as the father of modern Korea.


Stephen Kim Sou-hwan (1922- 2009) was a Roman Catholic cardinal and the former Archbishop of Seoul who played a prominent role in the democracy movement against military rule. He achieved wide respect among all faiths in Korea. Seoul’s Myeongdong Cathedral became a sanctuary for political dissidents during the period of authoritarian rule, and Kim’s lyingin- state there after his death attracted 400,000 mourners. 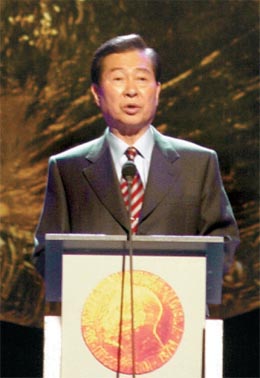 
Kim Dae-jung (1925-2009) became president in 1998 after a political career spent opposing the authoritarian rule of a series of military governments that began with Park Chung Hee. He won the Nobel Peace Prize in 2000 after holding a summit with North Korea’s leader Kim Jong-il in an attempt to forge reconciliation. At home, he introduced extensive market- based economic reforms in response to the 1997 Asian financial crisis that fully opened the country to foreign investment.


Park Tae-joon (1926- ) founded Pohang Iron and Steel Company (Posco) in 1968 under Park Chung Hee’s orders as part of Korea’s industrialization drive. Park had to overcome skepticism that a giant steel plant was practical given Korea’s lack of economic development at the time. But Posco would grow into the world’s secondbiggest steelmaker based on demand from the country’s booming auto and shipbuilding industries. Park later served as a prime minister under Kim Dae-jung.


Paik Nam-june (1932-2006) was Korea’s most prominent postwar artist and a pioneer in using multimedia displays that featured video. Influenced by the Neo-Dada art movement, Paik, who spent most of his life in the U.S. and Europe, was best known for whimsical and entertaining works, which have been collected by some of the world’s leading art museums.


Lee Kun-hee (1942- ) has overseen the growth of Samsung Electronics into one of the world’s biggest consumer electronics and semiconductor companies in his role as chairman and chief executive. The son of Samsung Group founder Lee Byung-chull, Lee transformed Samsung Electronics from a second-rate manufacturer of consumer electronics into a global leader thanks to an emphasis on research and development, heavy capital spending, and clever marketing campaigns.


Ban Ki-moon (1944- ) was named in 2006 as the first Korean to become UN Secretary General. A career diplomat, he was foreign minister (2004 to 2006) when he launched a long-shot bid for the UN post. He campaigned by traveling to all member countries of the UN Security Council, which clinched the job.