The evolution of love and marriage

The evolution of love and marriage 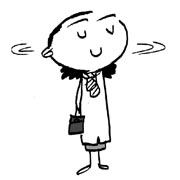 Writing about marriage, French philosopher Michel de Montaigne lamented, “Marriage is like a cage. The bird outside it wants to get in, but the one inside tries to get out.”

Marriage must be a proposition that even Adam and Eve might have agonized over. But is it really so bad? Artists and writers have long pondered this very question.

George Bernard Shaw once compared marriage to business. In one famous quote he said: “It is a woman’s business to get married as soon as possible, and a man’s to keep unmarried as long as he can.” In another quote he offers a reason for his logic: “Marriage is popular because it combines the maximum of temptation with the maximum of opportunity.”

In the past, the reasons for getting married were sex, child-rearing, division of labor and accumulation of riches. But with the increase in women’s status and the development of contraceptives, marriage has evolved from a necessity to a choice. That has contributed to the current situation of plunging birthrates and a greater tendency toward cohabitation.

In Korea, the number of women choosing not to marry has also increased in recent years. Now, we even have different words for the state of being single. The word “unmarried” is based on the understanding that marriage is a must, whereas “not married” is based on the notion that marriage is a choice. A recent study found that three out of 10 women in their 30s could be given the label “Gold Miss,” which refers to a free, self-reliant and “not-married” tribe.

The problem is not only confined to Korea. “Alpha girls” in the United States and “Shengnu” - surplus women - in China have also become a social problem.

Marriage is difficult, to be sure, and with divorce rates rising around the world, it is hard to have a positive attitude about it. William Shakespeare once said that rushing to the altar wouldn’t bring good results. Henrik Ibsen said that “marriage is something you have to give your whole mind to.”

But no one can ignore marriage. All living creatures are born, go through life and then perish. For them, there is only one duty. But for humans the duty is also a pleasure. Flowers pollinate, lions mate and human beings make love. As the song says: “Love and marriage, love and marriage/Go together like a horse and carriage/This, I tell you brother, you can’t have one without the other.”