[Sponsored Report] Samsung C&T Corp. is building for the future

[Sponsored Report] Samsung C&T Corp. is building for the future 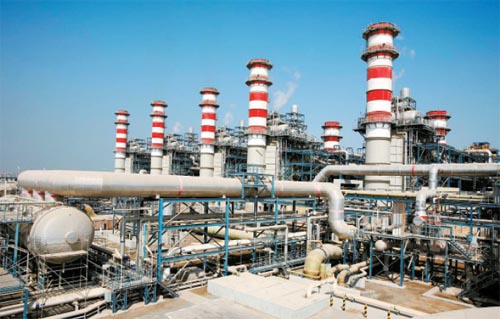 The site of the Shuweihat S2 Independent Water and Power Project, a BOOT contract worth 800 million dollars, which Samsung C&T Corporation won in January, is nearing completion in Abu Dhabi, the United Arab Emirates.


Samsung C&T Corporation’s overseas awards target for this year is $8.2 billion, a 422 percent increase from $1.57 billion a year earlier. Such an ambitious goal is well founded. Samsung C&T’s overseas orders for the first half of 2010 was 4.763 trillion won, more than double the 2009 figure.

Its overseas award portfolio is wide and varied unlike many domestic construction firms. Samsung C&T’s overseas contracts represent not only plants but also other fields including construction and civil work. The world’s tallest skyscraper Burj Khalifa, and many of Samsung’s high-tech plants encapsulate its technical prowess.

The plant business is where Samsung C&T sees its mid-to-long-term growth. Buoyed by recent successes, it has emerged as one of the top players in the desalination and power market. A recent Abu Dhabi contract has allowed Samsung C&T to leave a major mark in the global power industry.

Grooming upscale civil construction is also one of the company’s core businesses, as is value-added civil work. In 2008, the construction arm of Samsung Group won major projects in Abu Dhabi and Singapore. Samsung C&T is now making an aggressive push to grab high-end construction contracts in all over the world. Its future strategy is to make inroads into India, Latin America and Africa. 2010 marks the beginning of this mid-to-long term vision.

It is actively bidding on megaprojects in the Middle East and expects to make progress there. And Singapore will be a bridge to developing markets in Asia. In conjunction with its trading arm, Samsung C&T has decided to pursue business and market development in Latin America and North America.

Product development will also be a big focus. It is beefing up the drive to win building projects associated with the welfare of the mankind, such as medical centers, stadiums and cultural centers, by actively tapping into its highly advanced construction techniques.

Not only concentrating on overseas business, the company is actively working on the local market as well. It introduced Korea’s first Zero Energy Building, Green Tomorrow, which requires no fossil fuel energy and creates no carbon dioxide emissions.

Green Tomorrow is a sustainable building that maintains zero or a plus number in the overall annual energy balance by reducing energy consumption through the implementation of optimized energy performance strategies and by generating more energy than required through on-site renewable systems.

It is designed to reduce building energy use up to 56 percent when compared to other conventional houses.

Such a high number could be achieved due to appropriate building orientation and high-efficiency insulated walls, windows and doors. The remaining 44 percent of the required energy can be obtained from on-site renewable energy systems such as photovoltaic panels, which helps Green Tomorrow consume no fossil fuels.

Green Tomorrow received the LEED (Leadership in Energy and Environmental Design) Platinum Certification from the U.S. Green Building Council (USGBC) for the first time for a Korean company, through not only zero energy consumption but also zero carbon emissions using sustainable materials such as recycled wood and biofusion materials. And sustainable landscapes are designed with ecological restoration in mind.

All future buildings constructed by Samsung will be an upgraded version of Green Tomorrow, which will apply sustainable technologies verified by Samsung.