Park Tae-hwan gets off to fast start

Park Tae-hwan gets off to fast start 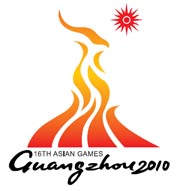 Park Tae-hwan’s quest for four gold medals at the 2010 Asian Games got off to a smooth start as the 21-year-old swimmer set a new Asian record in the 200-meter freestyle event at the Aoti Aquatics Center in Guangzhou, China, last night.

Sun Yang of China finished in 1:46.25 to win the silver medal and Takeshi Matsuda of Japan finished third with a time of 1:47.73 for the bronze medal.

Lee Hyun-seung, the only other Korean swimmer in the race, finished with a time of 1:50.42 to place sixth overall in the eight-man race.

Park is the first Korean swimmer to win back-to-back gold medals in the 200-meter freestyle event and only the second Asian swimmer ever to achieve that feat.

Park entered the race with the third fastest time in the preliminaries after clocking in at 1:49.15. China’s Sun and Zhang Lin entered the finals as the top two seeds after winning their heats in 1:47.85.1 and 1:48.86.2, respectively.

Swimming in lane number three in the finals, Park led the pack from the start of the race and never fell behind. He held a narrow lead over the rest of the group through the first 150 meters but saved his best for last with a spurt in the final 50-meter stretch of the race to widen his lead over Sun.

Park holds the Korean and Asian record in the event, set during the 2008 Beijing Olympics when he clocked in at 1:44.85 to win the silver medal. He also holds the fastest time among Asian swimmers in the event this year with a time of 1:46.27 at the Pan Pacific Swimming Championships in Irvine, Calif. in August.

Park sounded relaxed and confident after the preliminaries, saying: “I think I finished the preliminaries on a good note. I was in good condition and entered the race without putting too much pressure on myself.”

Park gained national prominence at the 2006 Doha Asian Games by winning three gold medals and earning Most Valuable Player honors in the process. He would go on to win a gold medal in the 400-meter freestyle and a silver medal in the 200-meter freestyle event at the 2008 Beijing Summer Games. However, Park struggled at the 2009 Rome World Championships, placing between ninth and 12th in the 200, 400 and 1,500-meter freestyle events. With former Australian national swimming coach Michael Ball coaching Park, the former Olympic champ managed to show flashes of his former self at the 2010 Pan Pacific Swimming Championships.