Sting brings his magic to Seoul

Sting brings his magic to Seoul 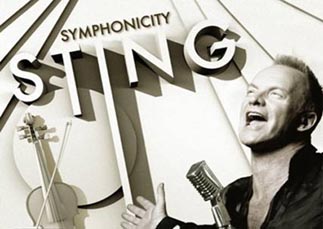 British musician Sting brings his Symphonicity world tour to Seoul in January in a concert with the Korean Symphony Orchestra. Tickets go on sale on Thursday. Provided by Hyundai Card

Superstar musician Sting will be returning to Seoul in January for the first time since his first concert here five years ago, organizer Hyundai Card said yesterday.

The concert is part of the British singer-songwriter’s Symphonicity world tour, which began this summer to promote his latest album “Symphonicities,” released in July.

The tour started in Vancouver, Canada - with later shows elsewhere in Canada, the United States and Europe - and features Sting performing symphonic arrangements of his most celebrated songs with local orchestras.

At home, he performed with the Royal Philharmonic Concert Orchestra. In Seoul, he will be joined by the Korean Symphony Orchestra, led by conductor Steven Mercurio. Mercurio has conducted shows for such acclaimed classical musicians as Andrea Bocelli and the late Luciano Pavarotti.

The concert will feature worldwide favorites from when he was with The Police - “Every Little Thing She Does Is Magic,” “Roxanne,” “Next to You” and “Every Breath You Take” - to notable songs from his enduring solo career, including “Englishman in New York,” “Fragile,” “Russians,” “If I Ever Lose My Faith in You,” “Fields of Gold” and “Desert Rose.”

“Performers tend to take the taste of local audiences into account [when planning their set lists]. We assume he will perform Koreans’ favorites, too,” said a Hyundai Card spokesman.

Sting is best known in Korea for “Shape of My Heart” from his 1993 album “Ten Summoner’s Tales.” The song is frequently played by both amateur and professional guitarists, and many Koreans still use it as their cell phone ringtone. The song was also featured on the soundtrack for the 1994 megahit French movie “The Professional,” with Jean Reno and Natalie Portman.

Before launching his solo career, Sting was the principal songwriter, lead singer and bassist of the British rock band The Police. Although he has never formally broken up with the band, he has had a very successful solo career, selling nearly 100 million albums.

With the band and as a solo artist, he has earned 16 Grammy Awards, a Golden Globe, an Emmy and three Oscar nominations for his music.

The Newcastle-born musician is also a devoted yoga practitioner and has appeared in television shows like “Ally McBeal” and in movies such as “Lock, Stock, and Two Smoking Barrels.”

In recent years, he has departed from his usual sound - mostly rock and jazz - to explore the classical realm. In 2006, he released “Songs from the Labyrinth,” featuring the music of renowned Elizabethan songwriter John Dowland. A year ago, he released “If on a Winter’s Night.?.?.,” a collection of covers of traditional songs, lullabies and carols from the British Isles.

Sting’s concert in Seoul is part of the Korean credit card issuer’s Super Concert series, which has included performances by international artists such as Beyonce, Usher, Placido Domingo and, most recently, Stevie Wonder.