A long history of starving for status

A long history of starving for status 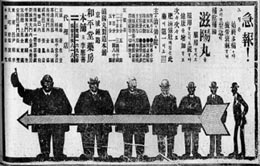 We go to great lengths to achieve a certain status, and this has been true throughout time.

Unfortunately, no one is born with a status symbol attached to their body. So the noble class used clothes and accessories to show off. They ordered clothing made of richly woven fabrics with intricate designs and accessories made of precious stones and jewels.

But this wasn’t enough. They felt they needed a sign that would distinguish them from ordinary folks - even when they were naked. The solution? Bulk up and get fat.

The eternal struggle with food shortages and starvation meant there was no better sign of wealth than obesity. A rotund body, white skin untouched by the sun and soft hands free of calluses became the symbols of the nobility. These physical characteristics were linked to the virtues of generosity, tolerance and composure. On the other hand, such negative characteristics as obstinacy, impatience and pessimism were attached to people who were thin (and poor).

Photography, invented at the end of the 19th century, also played a part in making obesity desirable. The people in the photographs were members of the royal family - and most of them were pleasingly plump.

Even though Korea now has one of the lowest obesity rates in the world, Koreans once valued obesity as well. We even had a profusion of drugs that promised to make the body fat.

But in the 1920s, socialists started attacking obesity as a product of “bourgeois naivety and greed,” and the new standard was a more streamlined shape.

Until the “season of spring poverty,” that is. The suffering and famine that accompanied the Korean War and its aftermath had a profound effect on the Korean people. Food was scarce and body fat again became a measure of status.

When there were no longer people who suffered from starvation, however, the situation changed quickly. Starting from the mid-1980s, weight-loss drugs re-appeared to induce a public that had begun to taste the spoils of success.

Nowadays, the aristocratic image once attached to obesity is gone completely and people are quite willing to go hungry to become thin. People who once scorned the idea that obesity is harmful for health now fuss about becoming thinner than the recommended standard.

Fat or thin, we are all starving for status. But maybe we need a new yardstick by which to measure our success.