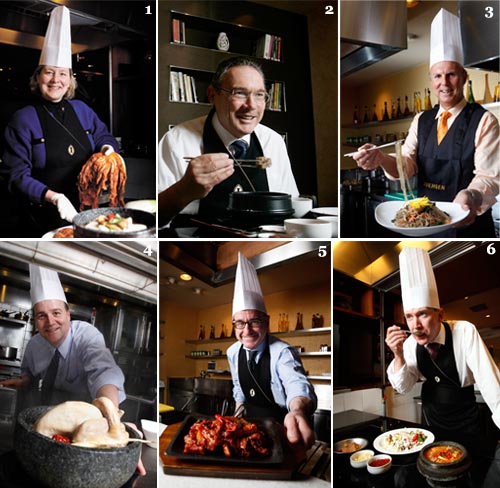 From the simplest dishes like doenjang jjigae - soybean paste soup - to fancy royal entrees like shinseonro - traditional hot pot - Korean food offers an appealing combination of flavors that are hard to find anywhere else. And although it was once true that people outside of Korea were unaware of what distinguished Korean food from that of its Asian neighbors, gourmands around the world are slowly beginning to discover these hidden treasures.

Foreign executives residing in Korea are among these explorers. Their extensive experience working and traveling overseas gives them a unique perspective on the cuisines of the world - from French to Mediterranean to Chinese.

It is from this perspective that we have asked them to turn their attention to Korean cuisine in the biweekly series “Foreign CEOs Cooking Korean.” 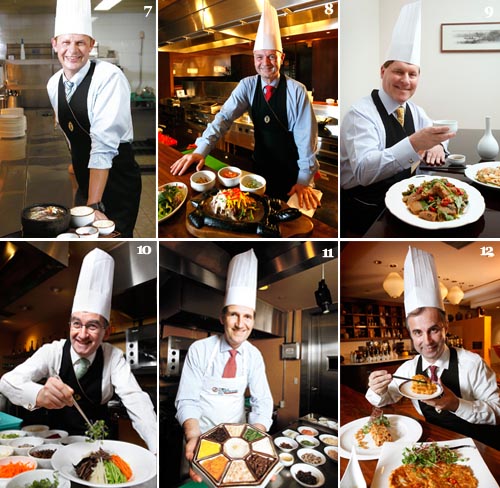 Since January, the paper has invited one executive per installment to cook a favorite Korean dish with the assistance of a local hotel chef. So far, a total of 22 chief executives (see table) have participated in the series.

Surprisingly enough, the dishes these globe-trotting executives have chosen to make have gone beyond popular favorites such as bulgogi (marinated beef) and bibimbap (rice mixed with vegetables) to encompass lesser known dishes.

The diversity of their selections highlights the qualities that will make Korean food competitive in the global market.

For example, Amy Jackson, president of the American Chamber of Commerce in Korea, who was our first guest in the series, chose to make kimchi jjigae, a spicy dish with kimchi and tofu. Her selection came as a surprise because of the perception that foreigners are averse to spicy food. During the interview, however, she revealed that “there is nothing better than kimchi jjigae to appease me.” 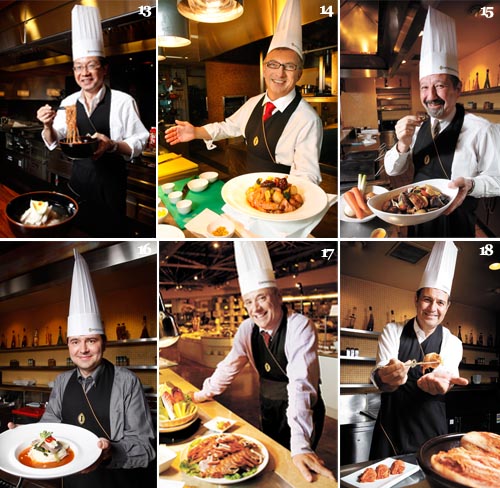 Simon Bureau, chairman of the Canadian Chamber of Commerce in Korea, who chose to cook samgyeopsal nakjibokkeum (stir-fried pork belly and octopus in red pepper paste), said that “Korean food has a lot of character” and that it is the “spicy, unique yet accessible flavor” that drew him to Korean food.

Many of the executives, however, prefer the milder taste of dishes such as the bulgogi cooked by Juergen Woehler, secretary general and executive director of the Korean-German Chamber of Commerce and Industry.

During an interview with Woehler back in April, he had noted that “bulgogi seems to be a popular dish especially among foreigners because the taste isn’t that spicy like other Korean dishes such as kimchi jjigae.” He warned that too much gochujang, or chili paste, can overwhelm the genuine flavor of the other ingredients.

Over the course of the series, many executives have advised Korea to be more aggressive in marketing its cuisine, in the same way the country has promoted other industries such as automobiles and electronics.

“The world still thinks Korean food is all about galbi (short ribs), bulgogi, and kimchi, when it’s much more than that,” said John Walker, chairman of the Macquarie Group of Companies, Korea, who cooked his two favorite Korean dishes - pajeon (green onion pancakes) and dotorimuk (acorn jelly salad mixed with seasoned vegetables) in April. “Korea’s first step to globalizing its cuisine must be to break the stereotypes propagated by a few dishes, instead promoting food that people really eat at home. Now is the perfect time to coordinate the efforts to educate the world about Korean food.” 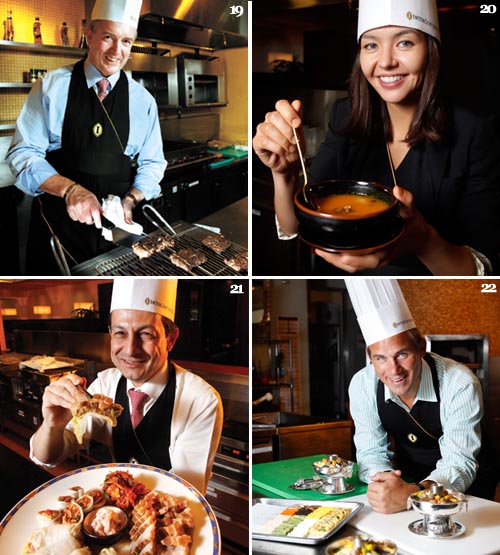 Bae Han-chul, director of kitchens at the InterContinental Hotels Seoul, who assisted Jackson, is among the professionals who are confident that Korean cuisine will have a global appeal.

“Though it will take time, we are certain that foreigners will fall in love with the healthy taste of Korean food, just as the chief executives who participated in the series have,” he said.

As part of the government’s efforts to promote Korean food, the Ministry for Food, Agriculture, Forestry and Fisheries is organizing the four-day Korea Food Expo today at COEX in Samseong-dong, southern Seoul, from today to Sunday.

It will be attended by foreign chief executives who participated in the series, including Audi Korea President and CEO Trevor Hill, GM Daewoo President and CEO Mike Arcamone, and NH-CA Asset Management CEO Nicholas Sauvage.

The expo, which is the largest food expo in the nation, will also be attended by 612 domestic and international food firms from 18 countries including Japan, France, and Australia.