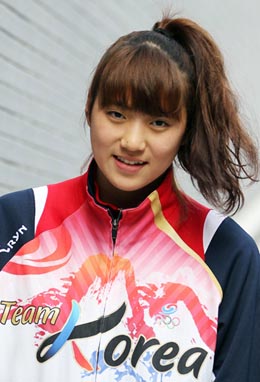 Prior to becoming the first Korean female swimmer to win an Asian Games gold in 12 years, the 19-year-old had never qualified for the finals in a major event. She first drew attention for her good looks when she competed in the 200-meter breaststroke at the 2008 Beijing Olympics. But she failed to make it out of the semifinals in 2008 and again at the 2009 Rome World Swimming Championships.

But her quirkiness was on full display in the immediate moments after finishing fourth in the 100-meter breaststroke, when Jeong covered her face in haste as she was captured on the giant screen in the Aoti Acquatics Center. After winning the 200-meter event on Wednesday night, she sobbed uncontrollably prior to her post-race interview, startling the Korean journalists interviewing her. She then bowed and thanked the journalists and cried some more during the interview.

“I want to thank my coach, my parents and Dong-hyun,” Jeong said before she started wailing again. 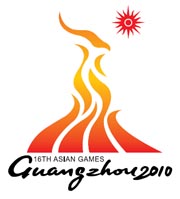 When asked who Dong-hyun was, Jeong responded by referring to herself in the third person: “He’s someone Da-rae likes.”

As it turns out, Sung Dong-hyun, 19, is a boxer on the national team reserve squad. Sung said he is a close friend of Jeong but denied the two athletes are a couple.

In contrast to her tear-laden interview, Jeong was all smiles on the podium, making several quirky facial expressions.

Another comical scene ensued when she was asked by photographers to strike a pose afterwards. Jeong bit down hard on her gold medal, drawing a quizzical expression from the bronze medalist, Ji Liping of China.

“It’s true that Da-rae’s actions and speech are a bit different from that of others her age,” said Yoo Hang-goo, Jeong’s high school coach. “But she has a great work ethic and is very serious when it comes to training. She spends all her time shuttling between school and the swimming pool.”

While Jeong’s gold came as a surprise to most, she had been confident about her chances all along.

“I think I’m going to win a gold medal at the 2010 Asian Games,” Jeong said during an interview in the summer. “I think a new star is going to emerge in Guangzhou.”

And now it seems that Jeong had good reason to be so confident.

The national swimming team trained together at the National Training Center in northern Seoul for an entire year. The daily routine started at the break of dawn and each swimmer was required to swim an average of 10 kilometers per day. And true to her words, Jeong has emerged as a new star, a reminder that hard work does pay off.