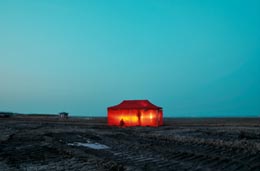 To Dec. 5: This exhibition features the work of four emerging photographers: Lee Il-seok, Yang Seung-won, Bak Hyong-ryol and Yun Sun-young. All four were born in the 1980s and have a fresh perspective on life: they have either just graduated or are in the midst of attending college.

Bak is showing part of his “Captured Nature” series, which he showed in a previous solo exhibition. The work represents the positive effects that come from the interaction between humans and nature.

Yun’s contribution is her “street food cart” series. This series examines the freedom to move, as represented by carts, which is something that people living in the contemporary world take for granted.

Lee presents his “X-Series,” in which he transforms places that we see every day into mere lines, dots and empty spaces. 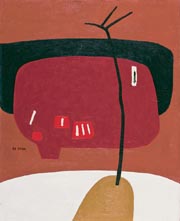 To Dec. 5: The Gana Art Center presents five newly discovered artworks by Yoo Young-kuk. These rare finds are shown along with signature pieces by leading figures of the first generation of Korean modernists, including Kim Whan-ki, Lee Kyu-sang, Chang Uc-chin, Lee Joong-seop and Paek Young-su. These artists are Neorealists that emerged and became the mainstream art movement in Korea after the Korean War.

The chaotic mid-20th century was a time of progression, imperialism, fascism and war. These “first modernists” confronted and ultimately overcame the tragedies through art. To overcome the obstacles, Kim and Paek organized solo exhibitions in cafes during their refugee period in Busan. The others joined in later and at one point the five artists held an exhibition dedicated to the March 1 Movement.

The exhibition provides an opportunity to explore how these artists influenced each other within the context of the war and how they transcended trauma to imagine a new world.

The five newly discovered artworks by Yoo provides important evidence of Yoo’s artistic activity during this period. Moreover, these works are significant as a bridge between Yoo’s artwork before the war and during the late 1950s. 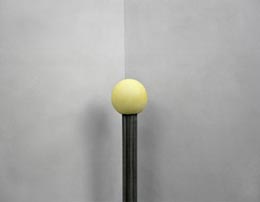 Perriard was born in Korea in 1980 and adopted to France at the age of six. After working in the field of engineering, he decided to become a freelance photographer in 2006.

Despite his rather late career change, he has already participated in numerous exhibitions, including solo shows at the Galerie Municipale du Rutebeuf and Musee des Beaux Arts in France and group shows at Museum of Photography Metenkov House in Yekaterinburg, Russia, and the National Art Gallery in Kuala Lumpur, Malaysia.

His work never portrays spectacular things. Rather, he allows the audience to feel the emotions that he felt at the moment he took the photo. His focus is not on being “abstract” but to truly reveal his message to viewers.

For this exhibition, he portrays the streets of Seoul - capturing the little and sometimes mundane objects that seem totally independent from their surroundings.


MURMURING ON THE STREETS 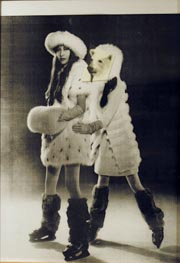 The artists focus on the discrepancies that can be found when living in today’s modern society - how you are sometimes forced to hide your intentions or true desires in order to survive.

The pieces that are presented reveal each person’s deepest and darkest secrets.

Ku offers her own take on portraiture, which has been associated with great wealth over the centuries.

The artist gives the practice a modern twist by combining the decorative nature of portraits with fantastical backgrounds.

Lee Saet-byul portrays a fantasy world that disregards the usual notions of time and space.

The figures that are presented wear deformed masks while also wearing sportswear, something that is very familiar in our everyday lives.

Lee Hee-myeong looks at the very strange world that allows a person to interact with their conscious. The images represent a person’s desire to understand the meaning of each action that we take as well as the choices we make.