A failed dream for sprinters at Asian Games

A failed dream for sprinters at Asian Games


GUANZHOU, China - Hopes of a Korean sprinter earning a medal for the first time in 28 years failed to materialize at the Asian Games this year, despite some optimism leading up to competition.

Kim Gook-young, 19, the Korean record-holder in the 100-meter sprint event summed up the state of Korean track between deep breaths in the moments after placing fifth in his qualifying group.

“I still have ways to go. I think this is the current state of Korean track,” said Kim. “I set the Korean record several months ago but struggled here and failed to advance to the finals. I recognized my shortcomings and am prepared to work harder.” 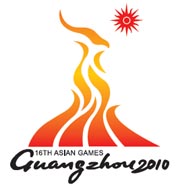 Kim placed fifth in the semifinal heat with a time of 10.51 seconds at the Aoti Main Stadium on Monday night and failed to qualify for the finals featuring eight top sprinters.

The Korean track team had been hoping to medal in the 100-meter event but the Asian Games proved to be a tough challenge for the sprinters. Lim Hee-nam finished fifth with 10.46 seconds in his respective semifinals heat.

Considering Kim’s best time this season, reaching the medal podium in Guangzhou was not so far-fetched. Jang Jae-geun was the last to earn a medal in the 100-meter sprint event at the Asian Games - a silver at the 1982 New Delhi Asiad.

Kim caused quite a stir when he set a new Korean record with 10.23 seconds in the 100-meter sprint at a national track and field meet. It was an impressive feat considering the Korean track team had been in a stagnant state.

Seo Mal-ku’s Korean record of 10.34 seconds set at the 1979 Summer Unverisade in Mexico had stood unscathed for 31 years prior to Kim’s record-setting sprint in June. The Korean Association of Athletics Federation awarded Kim 100 million won ($ 88,200) and sent him on a two-month training course as part of its overseas training program for prospects in Orlando, Florida.

Despite his overseas training, Kim’s time actually started to slip at the National Sports Festival in October. Kim had focused on his reaction time and start off the block with some U.S. coaches in Orlando. As a result, Kim failed to dedicate as much time on his conditioning.

“I will have to carefully consider scheduling and training in the United States next time,” said Kim. “I’ve been training without a break since January. I want to start off by taking a break.”

Monday night, Kim’s reaction time off the block clocked in at 0.131 seconds.

It was the third-best reaction time of the group but he began to trail at about the midpoint of the race.

Lao Yi of China finished first with a time of 10.24 seconds while Yasir Baalghayth Alnashri of Saudi Arabia and Barakat Al Harthi of Oman finished in 10.26 and 10.28 seconds, respectively.