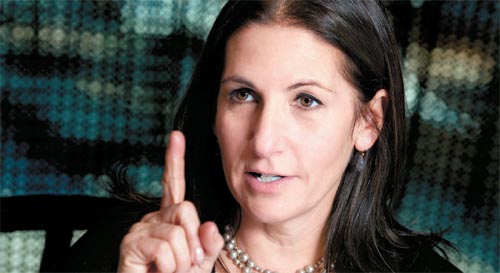 
Bobbi Brown was being faithful to her beauty routine during her first visit to Seoul last week. On Tuesday morning, her second day in Korea, the globally-acclaimed makeup magnate and founder of her eponymous brand, took a yoga class taught in Korean at her hotel. She had another private yoga class in the afternoon, and a massage was awaiting her that night.

“I had the most delicious bowl of red bean rice,” Brown said as she sat down for an interview with the Korea JoongAng Daily at the Banyan Tree Club and Spa at the foot of Mount Namsan last Tuesday. She was talking about the meal she had had at Yongsusan, a Korean restaurant in Samcheong-dong, central Seoul, the day before.

“I love healthy food. I don’t eat flour. I prefer rice over wheat and eat a lot of vegetables,” she said.

She was here for five days to celebrate the 20th anniversary of her business, meet with local staff members and the press and give a lecture on her life and career at Ewha Womans University. The 53-year-old CEO - who strongly believes in a healthy diet, exercise, water, sleep, a great moisturizer and a concealer - prioritizes looking just the way you are. She believes that makeup only enhances, but does not change, the way you look. And that philosophy has turned her brand into a household name. 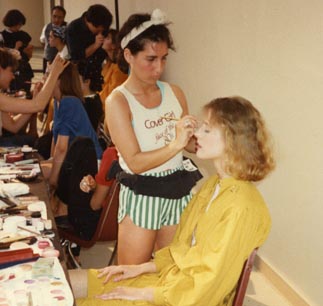 Before she launched her cosmetics company, Bobbi Brown was a makeup artist with a degree in theatrical makeup.

When asked about her impression of Korean women, she said, “I think that Korean women are so beautiful, and it’s very important for someone like me to point it out. They still want to look like Westerners [through makeup]. And I think that’s mistake. I think Asian women are gorgeous.”

The Asian market has become increasingly important for her business, especially as an indicator for a product’s success in other markets worldwide. Her Brightening Skincare Line, which was launched in March and aims to give skin a fresh and radiant glow, initially targeted the Asian market, but has since become popular in the United States.

“Asia is a very big market and a very big opportunity,” she said with excitement, adding, “Anything that I create especially for Asia ends up selling in America.” That includes the company’s Pale Mauve lipstick and Highlighter Pen, she added.

Next, she plans to release one of the company’s most popular products, Blemish Balm, widely referred to as BB cream in Korea, next spring. 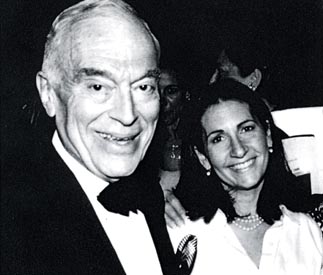 Korea, the 13th-largest cosmetics market in the world as of 2008, sparked a wave of BB cream sales. Although the protection cream was originally used by German dermatologists to soothe skin redness and irritation, a handful of Korean cosmetics manufacturers started selling the product two years ago, launching a BB cream craze across Asia.

Beginning this spring, cosmetics brands such as MAC, Clinique, Shu Uemura and Lancome started making their own version of the cosmetics product, which many women are now using instead of foundation.

Bobbi Brown’s version of the product will come in three colors, all of which contain a touch of yellow, Brown said. That might seem strange, but Brown, a former makeup artist who has a degree in theatrical makeup, emphasizes that almost all women have a bit of yellow in their skin.

“We all have yellow tones in our skin, regardless of whether you are Asian, Caucasian or African,” she said, a discovery that has led her to design foundations containing shades of yellow to match people’s skin.

“The difference between us and YSL, MAC and Chanel is that I really believe that makeup should make you look like yourself, be the right colors for your skin,” she said. “But you can still wear red or dark lipsticks and the color on the eyes can be smoky if the foundation and blush look natural.”

Earlier this year Bobbi Brown launched a campaign entitled “Pretty Powerful” featuring ordinary women, not models. The women are given makeovers with subtle touches of makeup, and the entire process is recorded in photos and film to show that, with the right tools, women can bring out their natural beauty. 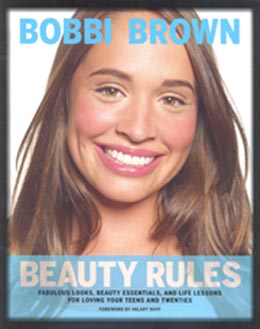 However, that doesn’t mean she is entirely against the use of modern medical technology to enhance one’s own natural gifts. She goes to a dermatologist and gets laser therapy about once a year.

“I love lasers. I wish I had a laser in my house,” she said. “I think lasers are the greatest thing ever invented. [They] get rid of the brown spots. They’re better than any whitening cream out there. They are great because they don’t necessarily change the way you look, just enhance [it].”

In 1995, Bobbi Brown sold her brand to Estee Lauder Companies, though she retains creative control over her brand as its CEO. She says it was one of the best decisions of her life.

The company “gave me the infrastructure to go more global,” she said. “As we get bigger and bigger, it’s been challenging to make sure I keep it my vision and stay true to the brand.”

While cosmetics empire took care of the management side, Brown, who says she values family as much as her work, had time to see her three boys grow up. She currently lives with her husband and one of her sons in Montclair, New Jersey.

As a rule, she takes her family - including her sons, nephews, nieces, and even their girlfriends and boyfriends - with her on overseas business trips. She grants her staff the same privilege.

“How many jobs could you have where you could bring your daughter?” she said. “That’s another example of balance. You work all day and you know your children are there. It works out really well. My secret is trying to figure out what makes you comfortable.”

Her office in Soho runs a yoga class, and manicurists make regular visits to pamper the staff. Bobbi Brown Korea workers are also advised to go home early when their children are sick.

Besides being a successful CEO, makeup artist and mom, Brown is also a best-selling author. Last month she published her sixth book, “Beauty Rules: Fabulous Looks, Beauty Essentials, and Life Lessons.” She describes it as a book about “empowering teens and twentysomethings with age-appropriate makeup tips” and it contains hundreds of photographs of real people.

“Young girls are kind of taking over,” she said. “[But t]here’s also a lot of parts for their mothers and young working women.”

Brown recently added another job title to her list of accomplishments when she became a contributing beauty and life style editor of Health magazine. She is also in the middle of developing an iPhone application about makeup and lifestyle that she says is useful and practical but not an advertisement.

“I don’t like to sell my products because I think that’s not necessarily my job,” she said. “I’d like to have more women to choose the right things for themselves.”


Bobbi Brown was born in Chicago in April 1957 and dropped out of the first college she had entered to study theatrical makeup at Emerson College in Boston. After working a year as a waitress at a restaurant, she began building up her career doing makeup for magazines such as Glamour and Vogue and a number of noted models and celebrities ranging from Naomi Campbell to Brooke Shields. “I did anything for anyone,” she recalls about the beginning stage of her career.

In 1990, having spent 10 years as a successful makeup artist, she developed and debuted lipsticks that did not smell and make one look more natural and better. The products turned out to be immensely popular in high-end department stores including Bergdorf Goodman and Neiman Marcus. Her product sales soared and she continued expanding her business, eventually making her brand a household name. In 1995, when Bobbi Brown was “all over the city,” Brown sold her company to Estee Lauder with promises that she would retain creative control of the brand. The brand can currently be found at almost 1,000 stores in 56 countries around the world, including 39 stores in Korea.

“After I graduated from college I stayed in Boston for a year and worked at a restaurant. It turns out that it teaches you kindness, which is a very hard job. So I am always nice to anyone that waits on me at a restaurant.”

“My papa is my business role model, who I watched as a young girl. He was a car salesman. I watched how hard he worked, how he was nice to everybody that worked for him and all the customers. Then I realized that this was my business school so I have a degree in my papa.”

“I don’t believe in pushing products on women. I believe in teaching them how to do their own makeup. We are all busy and makeup should be quick and simple.”

“When I look at a woman, I don’t see what’s wrong with her, I see what’s right. I like to enhance the natural beauty. I like women with freckles. I don’t cover them up. I always like skin to look like skin. Don’t obsess about the flaws. Learn makeup tricks to get away what bothers you. The most important thing is to be comfortable and happy. One of my favorite sayings is, ‘Be who you are.’”

“I believe in empowering women. Women should have confidence. You don’t have to be a fashion person, but you have to feel good about yourself. The better you take care of yourself, the better you will look and feel and it’s part of being powerful.”

“I like clean food, very much like the diet I see in Korea - a lot of vegetables, fruits, whole grains, protein and water. Water makes a really big difference. If I’m really tired and drink a couple cups of coffee, it makes me yawn. If I drink water, I feel better. It’s one of my tricks.”