Radio host looks back on a life of rock

Radio host looks back on a life of rock 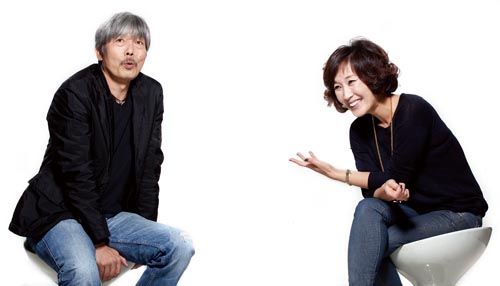 
Bae Chul-soo, 56, has come a long way since he signed up his band for a music contest in 1978 when he was still a college student. He lived out the 1980s as the lead vocal and guitarist of the rock band Songgolmae, which released a total of nine albums. He then suddenly retired as a singer in 1990 to become the host of his own radio show, “Bae Chul-soo’s Music Camp.” To commemorate the 20th anniversary of the show, Bae has published a book and released a compilation album.

Actress and former SBS news anchor Lee Hae-young recently met with Bae at the JoongAng Ilbo studio to discuss his career, past experiences and his outlook on life.


Lee: When did you start playing the guitar and at what point did you seriously start thinking about becoming a singer?

Bae: I first learned to play the guitar in the first year of middle school but I always thought musicians were a chosen group. I come from a humble background and I never thought in my wildest dreams that I would become a musician.

Lee: How tough was it for you growing up?

Bae: My father’s business went bankrupt when I was seven and he never quite recovered from it. I think it was around the time when I was in middle school that we moved into my father’s friend’s place, a slate-roofed shanty in Bomun-dong, northern Seoul. We ended up making do on their living room floor. I was short on money so I would have a bun for breakfast and would skip lunch. I don’t think I need to explain just how bad we had it when I say that there were nights when I seriously hoped that morning would not come.

Lee: You ended up attending an aerospace university. What was that like?

Bae: It was a government-sponsored school. For a student like myself, it was an ideal situation. The tuition, books and even the uniforms were free of charge. 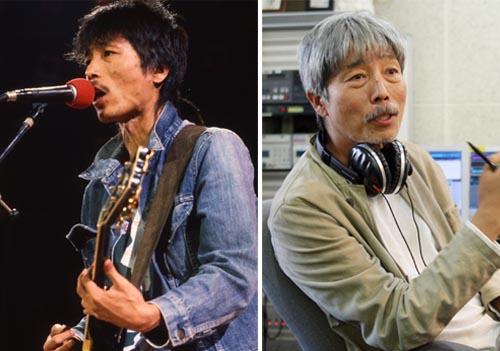 Bae was the lead vocalist of the rock band Songgolmae during the 1980s before hosting a daily radio show in 1990. [JoongAng Ilbo]

Bae: I came across a copy of the JoongAng Ilbo in a washroom and saw an ad that said there were three days remaining until the application deadline for the festival.

Lee: Did you plan on continuing with the band after graduation?

Bae: My priority at the time was to earn my degree and escape poverty. With the help of my department, I was in line for a secure job. But first my younger brother got hired as a producer at TBC [now KBS1]. Since he had a secure job, I told my brother to take care of the family if things didn’t work out for me, but I wanted to take a risk and try my luck at becoming a full-time musician.

Lee: You must have enjoyed your life as a free-spirited musician until you changed your career when you were in your mid-30s.

Bae: I decided to focus on music after graduation for that specific reason, but being a musician during the 1980s proved to be tougher than I thought. Over time, it had turned into a job. I took the offer to host a radio show in 1990 and I felt alive and energetic for the first time since the early years of my music career.

Lee: You’ve had your radio show for 20 years. What’s your secret?

Bae: When you look at office workers who retire with a pension, many of them are not greedy and are content with their lives. In contrast, those with big ambitions often leave their company to test themselves. I don’t think I’m like that. I’m content and don’t have huge ambitions.

Lee: Do you have any plans to perform again?

Bae: It’s really difficult for a person to talk about their future in definite terms. I would have to say that there’s a five percent chance of me getting on the microphone again. People often don’t realize, but it takes years of preparation to get back on stage again.

The biggest reason why I cannot go back to singing is that I feel I have more to give to the public as a radio host rather than as a singer.

I’m never happier than when I’m sharing music by artists like Led Zeppelin and Iggy Pop with my listeners.