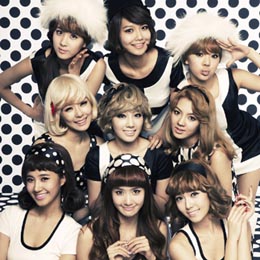 The China Times, a Taiwanese newspaper, reported on Monday that anti-Korean sentiment in the country following events at the Guangzhou Asian Games has led to boycotts and an event cancellation. The paper reported a rise in boycotts of albums by groups such as Girls’ Generation and the Wonder Girls and said that an event to which the two bands had been invited at the 54th Asia Pacific Film Festival on Dec. 2 has been canceled.

The situation arose during the 49-kilogram women’s taekwondo match involving Taiwanese athlete Yang Shu-chun. With 12 seconds to go in the round, the judges disqualified Yang because she had extra sensors in her socks. Sensors are worn by taekwondo athletes to record points. The extra sensors in Yang’s socks had been approved before the match.

Although there were no Korean judges at the match, Korea does hold top posts in the World Taekwondo Federation, which oversees the sport. That includes Vice President Hong Seong-chun, who made the final decision on Yang’s disqualification. Observers have speculated that this is the reason for the rise in anti-Korean sentiment.

The management companies representing the artists targeted in the boycott have refrained from commenting on the issue because the entertainers have not yet entered the Taiwanese market, they said.