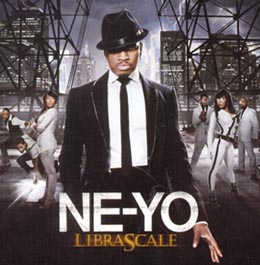 Ne-Yo unleashes his creative side with his new album “Libra Scale.” A notable part of the record is that the artist had a hand in making the songs into a story.

The story is quite cheesy. It is about three characters who are forced to choose between money, power, fame and love - hence the album’s name. Within the cheesiness, however, the artist shows that he did put a lot of thought into the album. He incorporates electronica and other sounds that are different enough to make fans listen twice before recognizing it as his work.

The song, “Beautiful Monster,” which was released as a digital single before the album came out and which went to No. 1 on the U.K. singles charts, paints a picture of how much his style has changed.

It is good to see someone who has achieved such success try new things, but the loud sensation that he had once been able to conjure up during the beginning of his career seems to have disappeared.

Now, it looks as though his emphasis on trying to make drastic style alterations has caused his voice - a huge factor in his early success - to fade within the beats. Still, songs like “Know Your Name,” which has a slight bossa nova groove, and “What Have I Done,” gives the album the same quality that Ne-Yo usually produces.