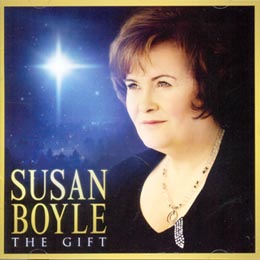 Most pop stars would be thrilled to hear their album looked set to sell up to five million copies around the world, particularly given how much the music market has shrunk during the last decade or so.

That is the target an executive at Sony Music U.K. has put on Scottish singer Susan Boyle’s second record “The Gift,” in stores in Britain on Monday and in the United States on Tuesday.

For Boyle, however, it may be a sign that the overnight success she enjoyed following her appearance on the “Britain’s Got Talent” show last year may be difficult to sustain over the longer term.

Early reviews of The Gift, which includes Christmas carols and a smattering of pop classics, have been mixed.

“Though her renditions of ‘Away in a Manger’ et al are pleasant, she renders Lou Reed’s ‘Perfect Day’ and Leonard Cohen’s ‘Hallelujah’ sterile,” wrote Hugh Montgomery in The Observer newspaper. “You don’t begrudge Boyle dreaming her dream, but you do wish she, and her svengali [Cowell], could dream bigger.”

“[T]he conversations we’re having with the territories indicate there’s a proven fan base out there for Susan Boyle,” Shack added.