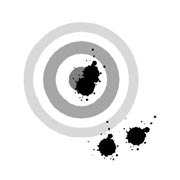 Suppose that the brakes of a trolley traveling at 100 kilometers an hour (62 miles per hour) suddenly fail. In its path are five workers, with one standing on the emergency tracks on the right side. Most people think that it is better to let one person die than killing five others. But is it morally justifiable to decide to kill one to save the other five?

This “trolley problem” was used by Harvard University professor Michael Sandel in his book, “Justice: What is the Right Thing to Do?” It reminds us of the idea that “sacrificing the lesser is better, if it is for the greater good.” People can actually endure the negative effects of an event if it is for a good cause. This logic is even more persuasive the greater the number of people involved. One good example of that is the military term “collateral damage,” which refers to civilian injury or death caused by a military assault. It is often interpreted as unintentional or incidental damage.

The phrase was adopted as a euphemism for death or injury after the U.S. government used it to explain civilian casualties in the Vietnam War. Later, the Bush administration was criticized for using the phrase during the Iraq War. Progressive intellectuals have criticized it as propaganda that glosses over inhumane killings during a military conflict.

South Korea had the unpleasant experience of being mocked for playing with words after No Gun Ri. The massacre was a tragic incident in which some 300 innocent Korean civilians were killed by U.S. troops during the Korean War. The explanation for the killings - that it was an incidental tragedy that occurred when U.S. soldiers fired into a crowd of refugees because they suspected that North Korean troops were hiding among the refugees - was a clumsy one.

Now, some people in South Korea are claiming that the civilian casualties at Yeonpyeong Island may have been a mistake caused by misidentified targets, implying that the deaths are collateral damage because the North fired into what they thought were military facilities.

“Collateral damage” is just an expression that an attacker uses to be free of guilt. Underneath it all is the implication that the penalty will be lighter if the culprit had no intention of killing or injuring innocents. If such actions are truly unintentional, shouldn’t the culprit at least apologize for what it has done?But how can we continue to defend the assault as unintentional, while the attackers keep silent?