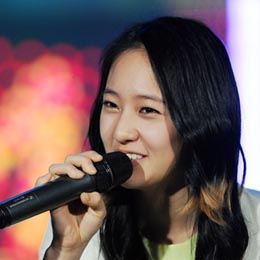 Crystal, a member of the girl group F(x), was rushed to the hospital after passing out in the middle of a concert on Saturday. The performance was at the Lotte Duty Free Family Concert at Seoul Olympic Stadium.

During the group’s second song, Crystal abruptly fell to the ground and was immediately moved off stage.

F(x) member Luna quickly calmed the crowd, saying, “Crystal has been under a lot of stress and fatigue and we hope that our fans understand.”

The concert continued with a performance by the next act, Wheesung.

F(x)’s management company, SM Entertainment, reported information later that day from the hospital she was staying in that the singer was in stable condition.