After 10 years, BoA still carves out her own path

After 10 years, BoA still carves out her own path 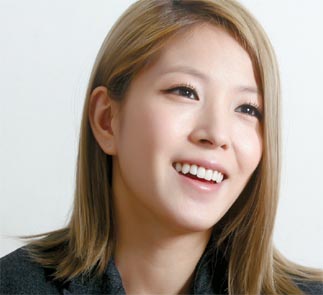 BoA sat down with the Korea JoongAng Daily last week. By Jeon Min-gyu

CNN once referred to her as Asia’s answer to Britney Spears. But in many ways, Korean singer BoA’s journey to the top couldn’t have differed more from that of the American superstar.

At the tender age of 11, Kwon Bo-a, as she was known then, was discovered by SM Entertainment founder Lee Soo-man when Kwon accompanied her older brother to a talent search. At the end of the day, it was the younger sister who walked away with a contract. Her debut album, “ID; Peace B” (2000) was the product of two years of grueling training and dedication as Kwon endured vocal, dance and even Japanese lessons on top of regular schooling.

“My mom says that even as a child, I had a strong sense of responsibility,” said BoA, clad in a chic, black Neil Barrett jacket and J Brand skinny jeans in an exclusive interview with the Korea JoongAng Daily last week. Despite her young age and petite physique, the singer addressed questions about her prolific, decade-long career in a mature, restrained manner.

Kwon’s composed, succinct answers hinted at the weight that a decade of media attention has had on her. “I’ve always thought that the most important thing to remember is to do your absolute best in whatever is handed to you,” she said.

If Spears had her Catholic schoolgirl uniform, BoA’s claim to fame was her high-powered dance moves, which differed from the cutesy, flirtatious choreography of other female stars at the time. In contrast to the willowy ingenues and eyelash-blinking girl groups back then,
BoA’s forthcoming lyrics about personal independence and her androgynous style made for an unfamiliar breed among Korean teeny-boppers at the time.

Along with her newfound fans, the 13-year-old faced a hoard of detractors, mainly teenage fans of boy bands including H.O.T. and Shinhwa, also under SM Entertainment. A flood of hate mail and countless anti-BoA postings on the Internet followed. “I don’t think about those things anymore,” she said with a long pause. “Whenever I hear things about those netizens, I just think, oh, they are people who want to trash others. I don’t know why I have to mind their unfounded negativity.”

When asked if she ever regretted missing out on a normal childhood, she said flatly, “I’ve never been the type to dwell on the past. I think you have to accept the fact that if you lose one thing, you gain another. I’m content with my life as it is.”

Now 24-years-old, BoA celebrated the 10th anniversary of her debut this August. With 14 full-length studio albums released in Korea, Japan and the United States, as well as numerous singles and mini-albums under her belt, BoA is now a veteran and a force to be reckoned with in the fiercely competitive international pop market. Even before the phrase “Korean wave” became common, BoA broke barriers when her albums repeatedly debuted at the top of the Oricon Album Chart - Japan’s biggest pop chart - starting with her first Japanese album, “Listen to My Heart,” back in 2002. BoA was the first Korean artist to debut at No. 1 on the Oricon chart. Four more BoA albums would follow, each debuting at the top of Oricon.

“I think a lot of it was good luck. When I went to Japan for the first time, Japan and Korea were preparing to jointly host the World Cup in 2002 so there was a lot of cultural exchange going on,” she said. “Also at the time, solo artists were all the rage and I was fortunate enough to have good songs.”

Even if her success in Japan could be attributed to being in the right place at the right time, BoA and SM Entertainment had made sure long beforehand that she would be prepared to take advantage of whatever chances came her way. Besides English and Japanese lessons, she lived with an NHN announcer when she first moved there so that she could perfect her Japanese pronunciation.

In 2008, SM Entertainment announced that BoA was preparing to make her debut in America - perhaps one of the hardest markets to penetrate for Asian pop stars. Many top Asian stars, mainly from Japan, have tried and failed in the U.S. market.

In March 2009, BoA released her first studio album in the U.S. It was the result of collaboration with renowned producers including Sean Garrett, Brian Kennedy and Bloodshy & Avant. In particular, Sean Garrett has worked with the most popular artists of recent years, such as Beyonce, Usher, and Whitney Houston. The album managed to debut on the Billboard top 200 chart at No. 127.

“Throughout my singing career, I’ve never focused on just one particular country,” said BoA. “If opportunity and time allows, I would like to continue my efforts in the U.S.” Reflecting on her 10 years as a superstar, she said, “I’ve never regretted anything I’ve done professionally. I’ve been too busy to dwell on regret.”

In September, BoA’s mother, Sung Yeong-ja, released a book about her three children - BoA and her two brothers. In the book, Sung talks about BoA’s childhood in the city of Namyangju, Gyeonggi, where the family moved after BoA’s father, Kwon Je-chul, was forced to close down his sports equipment business.

Because her family had little money, she wasn’t able to buy a CD of her own before entering the music business. “The first CD I remember listening to is one by the singer Monica in the SM practice room,” BoA recalled.

“The three of us buried a time capsule in the backyard at our house in Namyangju and each of us wrote down our dreams. I remember writing down that I wanted to become an internationally-recognized singer,” she said. “I want to go dig it up but can’t because it’s someone else’s house now. I don’t want to be charged with breaking and entering!” she laughed.

“It’s not a sin to have had difficulty in life,” she said, commenting on whether the book was in any way burdensome. “Although the book includes parts of my own life, it is ultimately about my mother’s life in raising her children,” she said.

So what’s next for the pop sensation? “I would like to get married someday and have a family, but in whichever fashion I live, I don’t think I would ever be able to carry on a normal life,” she said with a laugh. 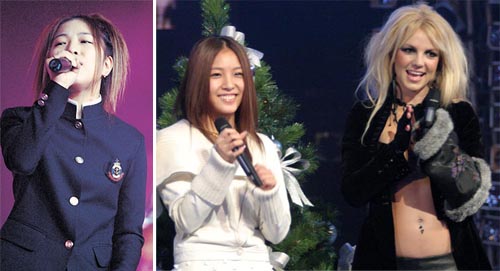 A 13-year-old BoA debuted in Korea with the album “ID; Peace B.” Her 12-track debut sold over 160,000 copies, catapulting the artist into Korea’s top 10 charts. With her early success, SM Entertainment began laying the groundwork for the singer to make her mark in Japan.

BoA released her first single in Japan, the Japanese language version of her hit debut single “ID; Peace B” from the album of the same title. The song rose to No. 20 on the Oricon chart. The success of “ID: Peace B” in Japan spurred the release of other singles there, including “Listen to My Heart,” which was BoA’s first song to enter the top five on Oricon.

In March, BoA released her first full-length album in Japan, “Listen to My Heart.” The album made K-pop history when it debuted at No. 1 on the Oricon Album Chart, making BoA the first Korean artist to reach the top of Japan’s biggest pop chart. It soon hit the 1-million-sales mark, according to the Recording Industry Association of Japan. A month later, BoA released her second full-length album in Korea, “No.1.” The album stayed at the top of Korean charts for four consecutive months. It sold over 540,000 copies that year and is still her best-selling album in Korea to date.

BoA continued to churn out hits, starting with the single and album “Valenti” in January in Japan. It became her best-selling album with close to 1.25 million copies sold. BoA also held her first Japanese concert tour that year. Over in Korea, BoA released her third studio album, “Atlantis Princess,” which sold around 345,000 units and became the fifth best-selling record in Korea in 2003. 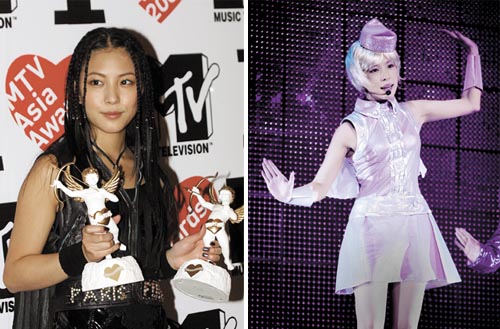 With her third studio album in Japan, “Love & Honesty,” BoA showcased a harder, rock-influenced sound, particularly with the song “Rock with You,” a rock/dance song. The album stayed at No. 1 on the Oricon chart for two weeks and became a triple-platinum record. The singer also held her second Japanese tour, “Live Concert Tour 2004: Love & Honesty.” In June, BoA came back to Korea and released her fourth Korean studio album, “My Name.” The album also signaled BoA’s entrance into the Chinese market. Two of the songs on the album were sung in Mandarin.

BoA’s fifth studio album released in Korea, “Girls on Top,” showed the singer’s evolution from a cute, teen star into a more mature, confident artist with lyrics addressing issues like male chauvinism. However, the album’s sales - around 113,000 copies - were less than those of her previous albums in Korea. It was only the 14th best-selling album of the year in Korea.

BoA’s fourth Japanese studio album, “Outgrow,” was released in February and proceeded to reach No. 1 on the Oricon Album Chart upon its debut - her fourth consecutive album to do so. To promote Outgrow, the singer launched another tour in Japan, “BoA The Live,” from September through October. In December, she held her first Christmas concert in Japan. She was not active in Korea in 2006 except for the release of a digital single, a Korean version of “Key of Heart.”

In January, BoA’s fifth Japanese studio album, “Made in Twenty (20),” was released, again debuting at No. 1 on the Oricon Album Chart. BoA then launched a Japanese tour to promote the album. It was also in 2007 when BoA, with Korean musicians Tablo and Jin Bora, was signed by Samsung’s cell phone brand, Anycall, to form a group called Anyband. The band was created solely to promote Anycall phones. 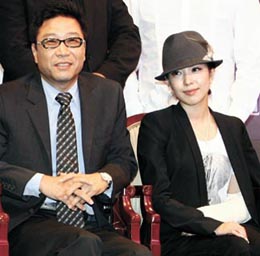 The biggest announcement by BoA in 2008 came in September, when SM Entertainment said the singer was preparing for her American debut the following year. BoA’s first single in the U.S., “Eat You Up,” was released online in October and offline in November.

BoA released her first studio album, “BoA,” in the U.S. in March under the new label SM Entertainment USA - a subsidiary of Korea’s SM Entertainment. The album debuted on the Billboard 200 at No. 127. For her self-titled American debut, BoA worked with world-renowned producers including Sean Garrett, Brian Kennedy and Bloodshy & Avant. 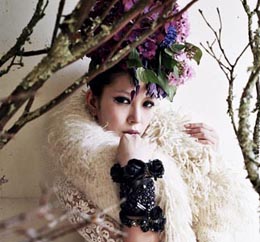 In February, her seventh album in Japan, “Identity,” was released. The following month, SM Entertainment announced that the singer would make a comeback in Korea, five years after Girls on Top was released in 2005 and a decade after she first debuted. In August, she released a full-length album called “Hurricane Venus.”