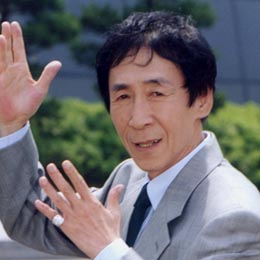 Kim had been fighting an illness that started with a cerebral hemorrhage he sustained during a performance in 2006.

Kim made his debut in the 1962 film, “The Man from Tokyo,” and is best known for his role in the movie, “The Barefooted Youth,” in 1964. Then he became an icon of the ’60s and ’70s with his signature trait of dancing the twist in trendy jeans.

Kim was a triple threat - skilled at dancing, singing and acting - and was known for his witty charm.

According to the Korean Film Archive, Kim had always dreamed of becoming an actor. He wandered around a movie set one day and met filmmaker Shin Sang-ok, who helped pave Kim’s way to stardom.

The nickname, Twist Kim, also came from Shin. The film “Beautiful Shroud,” which was made in 1962, had scenes with Kim dancing the twist, which moved Shin to change the character’s name to Twist Kim.

The coffin will be borne out of Hanil Hospital funeral hall at 9 a.m. today.