Touring the dark places in our history

Touring the dark places in our history 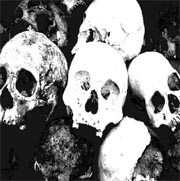 The National Institute of the Korean Language used to change frequently used foreign words into Korean language equivalents. As a part of the effort, it invited the public in April 2008 to participate in finding a Korean expression for “dark tourism.” Dark tourism refers to a tour to places with tragic history, such as a disaster site. It has been the fastest growing tourism trend in the world since the 1990s. To express this idea in Korean, “history-lesson tour” was selected from the 418 applications received through online voting.

The expression is not yet widely used because “dark tourism” is still more popular. But it is perhaps the closest expression in Korean to the meaning of dark tourism. That is because the main purpose of dark tourism lies in learning a lesson from a place with a tragic history. Therefore, places where many lives were lost are the primary destinations of dark tourism.

The Auschwitz Nazi death camp in southern Poland, where thousands of Jews were massacred en masse during World War II, and the Killing Fields in Cambodia, where hundreds of thousands of innocent civilians were slaughtered, are the most representative sites. Although they are horrible and appalling places where the bones, hair and teeth of the victims are preserved, visits from people who do not want to forget the past continue without interruption.

In Korea, there is no small number of dark tourism destinations. Most are places related to the Korean War or the period when Korea was under Japanese rule. A history museum that was formerly Seodaemun Prison and the site of the massacre at Jaeam-ri during the March 1 Independence Movement remind us of the painful lesson of national ruin. The April 3 Peace Memorial in Jeju, the POW Camp in Geoje and the DMZ Museum in Gangwon all show the pain of fratricidal war and the tragedy of national division.

The villages on Yeonpyeong Island that have been devastated by the latest North Korean attack are the next likely sites for dark tourism in this country. The Ongjin County Office is said to have presented a proposal for using 42 buildings destroyed by the shelling for history and security education by preserving them intact. The horrible sites will certainly teach the danger of war to the generations that didn’t experience Korean War. Learning the lessons of aggression will prevent the unfortunate history on the Korean Peninsula from being repeated.