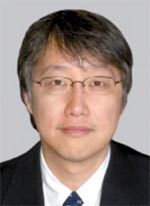 Some people believe Philip Kim should be a Nobel Prize laureate.

Kim, 43, a physics professor at Columbia University in New York, has been recognized by his peers in the physics field as the next Korean most likely to receive a Nobel Prize. But Kim’s name became mixed up in controversy when a document issued by the Nobel Committee for Physics that explained its reasoning for awarding the 2010 Nobel Prize in Physics was found to have errors in it.

The controversy, according to Scientific American magazine, focuses on the quality of the scientific background documents issued by the committee to explain why it awarded the prize.

The committee is accused of having erroneously downplayed the contributions of Kim in researching graphene, a one-atom-thick sheet of carbon atoms that is flexible and lighter than other raw materials used for semiconductors. Graphene is seen as offering great promise for use in electronics.

The committee awarded the prize in October to Andre Geim and Konstantin Novoselov of the University of Manchester in the U.K. “for groundbreaking experiments regarding graphene.” The price will be awarded Dec. 8.

Researchers such as physicist Walter de Heer of the Georgia Institute of Technology in Atlanta, Georgia, have questioned several alleged misstatements in the document, and even Geim, one of the recipients, said, “[Kim] made an important contribution and I would gladly have shared the prize with him.”

The Nobel Committee, according to the scientific journal Nature, said that although it agrees with some of the objections, it has no plans to reverse its decision.

In an exclusive interview with Kim by the JoongAng Ilbo, the researcher give an inside look into his loss and his life following the awarding of the prize.


Q. It’s been reported that the Nobel Committee admitted they made a mistake.

A. It wasn’t a crucial mistake. They admitted to making editing mistakes while drawing up the document and the prize was given to those who deserved it.

Many have said that your contributions in the subject far outweigh those of the recipients.

There can be differences in what people see as contributions, but the philosophy behind the Nobel Prize is that they give special credit to the first finders. The first paper of the recipients carved the way for followers, including myself.

Aren’t you sorry you didn’t get the prize, though?

If I said I wasn’t, I would be lying. I don’t think anyone would turn down a prize that was being given. There were people who said that the third empty seat should be mine ... because they don’t [normally] give out two prizes for the same subject. Since a few years back, whenever I went to Korea, I would be called the “researcher closest to getting the Nobel Prize.” But there is a gap between the first finders and myself. It would be different if my research was more developed at this point, but there is a difference ... I accept the results.

Many people in Korea are sorry about your loss.

A scientist’s final destination is not a prize. I learned much through my research and it was a fun time.

Many thoughts must have gone through your mind.

I wasn’t the best student. I even heard that I couldn’t understand things even when they were explained twice to me. There are smarter and more inventive people than myself. I was surprised that I was a candidate for the Nobel Prize and to become the center of this sort of controversy. I also thought it was very interesting and believe that this sort of controversy means that Korea has come closer to receiving the prize than before.

What are your goals now?

Now that the Nobel award has been given, the basic studies will be organized. Graphene research will be more systematic and practical applications will flourish. There will be many things for me to do. When the problems are solved, I’m prepare to set off on a journey for another subject.