A race that Korea can’t afford to miss

A race that Korea can’t afford to miss 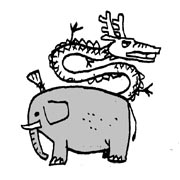 India is a country with more cell phones than toilets. Half of the population of 1.2 billion use cell phones, while only one-third of the population has access to proper sanitation. In the spring, the United Nations published statistics revealing the incompetency of the Indian government, which fails to provide the most basic infrastructure for personal hygiene. At the same time, however, the statistics also demonstrated the amazing power of India’s private companies, which are able to sell cell phones to even the poorest members of society.

Indian-born journalist Fareed Zakaria claims the Indian economy is growing not because of, but despite the presence of the government. A lack of toilets is not the only concern. India is also infamous for its poor public infrastructure. But again, private companies are stepping in to solve the problem. Gurcharan Das, former CEO of Procter and Gamble India, said that if poor road conditions and port facilities make it hard to export goods, Indians can turn to services. “Our economy grows at night when the government is sleeping and India has emerged as the ‘call center of the world,’” he said.

What makes the Indian economy competitive is the constant supply of young blood. India boasts a high fertility rate at 2.6 babies per household, and half of the population is under age 25. In contrast, China is aging rapidly. China has the largest population in the world, and by 2050, 300 million Chinese will be over age 65. China is likely to be the first country to become an aging country before it becomes a developed one, which will make it difficult to continue in its role as the “factory of the world.”

That’s why many analysts predict that the elephant, India, will soon overtake the dragon, China.

British business weekly The Economist recently published its “World in 2011” issue, in which it predicted that India will overtake China in economic growth. Since the size of their economies are so different, India would have to grow at the same rate for 17 more years to catch up with China.

This tale is not irrelevant for Korea. Internationally prestigious institutes see the low fertility rate and aging of the society as the biggest threats to Korea’s growth. While we can barely deal with these issues, North Korea is emerging as a serious challenge. But South Korea cannot be a spectator in the intense race of the elephant and the dragon.