Civilian to speak for Defense Ministry

Civilian to speak for Defense Ministry 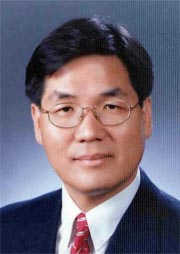 Kim Min-seok, 52, a former journalist at the JoongAng Ilbo, was appointed spokesperson of the Ministry of National Defense on Monday. It is the first time that a civilian has filled the position.

Kim, who majored in industrial engineering as an undergraduate, has 12 years of experience working as a researcher at the Agency for Defense Development and the Korea Institute for Defense Analysis. During that time, Kim did research on national intelligence issues such as development of North Korea’s nuclear programs, the Missile Technology Control Regime and military war games. The 1.5-year study he conducted beginning in 1988, which dealt with the damages and losses incurred in wartime, was later adopted as a military textbook. He also devised a 26-step model for evaluating the North’s nuclear development.

In 1994, Kim began a 16-year career as a military reporter. During his time as a journalist, Kim covered crucial issues such as the incursion of 26 armed guerillas into Gangneung, Gangwon, in September 1996; the North Korea nuclear crisis; and the sinking of the Cheonan warship.

His insightful coverage drew acclaim, and he was praised for enhancing professionalism in military coverage. In addition, Kim often offered his expertise and observations on television talk shows and frequently gave lectures to incumbent military officers.

Kim’s enthusiasm for learning has never ceased, and he went on to get a Ph.D. in business at Korea University in 2002. He won a year-long position as a visiting researcher at the Institute for National Strategic Studies of the National Defense University in the United States, where he researched on national defense reforms in the United States and the Korea-U.S. military alliance.

His extensive knowledge of the military, high-level contacts and experience as a journalist all contributed to his Defense Ministry appointment.

“I will do my best to earn the trust of the public by acting as a bridge between the ministry and the press,” Kim said.