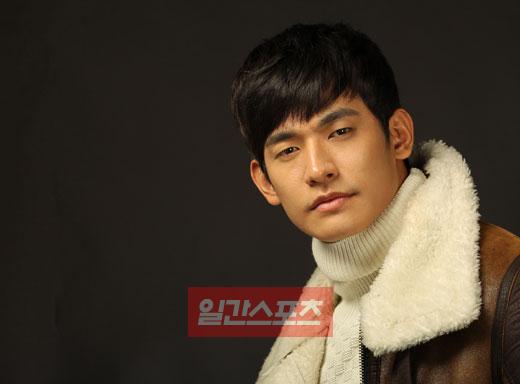 Actor Jeong Won-seok had a busy year. Aside from appearing on television dramas, he will also be in two films set for release in 2011. By Lee Ho-young

Actor and ex-marine Jeong Seok-won attended the funeral service honoring fallen Marine Corps soldiers who were killed in the North Korean shelling of Yeonpyeong Island in the Yellow Sea.

Among the hundreds of government and military officials, religious leaders and civilians in attendance at the service for Sgt. Seo Jeong-woo and Pvt. Moon Kwang-wook were entertainers who served with the ROK Marine Corps. Lee Jung and Choi Phillip were just two of the notable former Marines in attendance at a military hospital in Seongnam, Gyeonggi.

Jeong visited the wake on Nov. 24 and was in attendance at the funeral service on Nov. 27. He was a sergeant with the ROK Marine Corps Special Recon until April 2007.

The 25-year-old vented his anger over the Yeonpyeong Island incident on his Twitter and personal Web pages on Nov. 24.

“I was overcome with anger that day,” Jeong said. “But I stopped from uploading more text on the Web because some might get the wrong idea that I was using the incident to promote myself to the public. That’s why I attended the wake and service quietly, without getting noticed by cameramen and photographers. But even that didn’t work out the way I intended.”

Jeong was part of an elite special reconnaissance team with the Marine Corps, widely known as the toughest branch of the Korean military.

“My dream was to become a stunt coordinator specializing in martial arts,” said Jeong. “I thought I could learn a lot by volunteering for the Marine Corps. Once I got in, I was told that they had a special reconnaissance team, but that candidates had to go through a series of tough physical tests. I was told only the very best, or 0.3 percent of the candidates, made the final cut.

“I passed the tests and ended up learning a lot. I was trained in scuba diving, parachuting and to go an entire week without sleeping. We even marched from Daegwallyeong, Gangwon to Pohang, North Gyeongsang over 14 consecutive days.”

As planned, Jeong initially got into stunt work after completing his military service, but came across acting jobs.

“Once I got my foot in the door, I came across several opportunities,” Jeong said. “I started off with the thought that I could benefit from doing stunt work as well as acting.”

Jeong most recently appeared in a television drama called “Dr. Champ,” a story about the national judo team and the medical staff at the National Training Center in Northern Seoul. Jeong appeared in the drama as a star athlete.

“I was really drawn to the role,” Jeong said. “It was a feel good story and appropriately enough, the actors and staff on set were made up of really nice people.

“It was also a meaningful experience from the standpoint that the director trusted me enough and allowed me to experiment with the role. I also became really close with the national judo team members.”

“It was really tough to juggle both schedules, but now that it’s all done, I’m really happy about the results,” said Jeong.

He said he slept three hours a day over the past three months. Filming The Beast was especially tough, he said.

“Since I went to a sports university and also served in the Marine Corps, I might be in better physical shape than other actors, but it’s always tough to handle such busy schedule,” he said.

Jeong hopes to continue to put his strong work ethic to good use in making films.

“I haven’t been cast in any other films or dramas at this point, but whatever offer I get, I want to put everything I have into it,” said Jeong. “I was told by veteran actor Kim Jung-nam that actors need to soak in other experiences, even when not involved in acting. That’s why I try to read as much I can these days. I also watch a lot of films.”