Star stylist talks about the business of celebrity shopping

Star stylist talks about the business of celebrity shopping 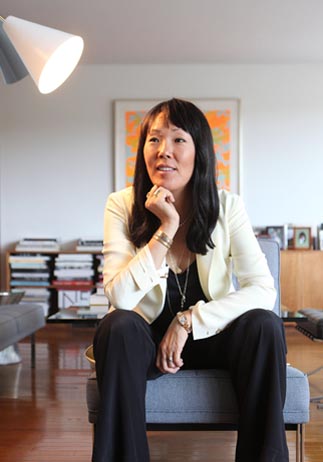 LOS ANGELES - Jeanne Yang’s hectic schedule had us waiting for one year to arrange an interview with the top Hollywood stylist whose Korean name is Yang Jin-young.

What’s kept her so busy? Four of her clients have had films premiere this year: Milla Jovovich (“Resident Evil: Afterlife”), George Clooney (“The American”), Andrew Garfield and Jesse Eisenberg (“The Social Network”).

The 42-year-old stylist was also busy on the day we met. After our interview, she was to meet with Wentworth Miller, famous for his role in the U.S. serial drama “Prison Break,” before his scheduled trip to China. Yet she was full of energy.

Q. How would you define your work?

A. My main job is dressing celebrities up. I have to come up with styles for them whenever they go out for press screenings, red carpet appearances, promotional trips or personal outings. I also shop for them and fill their closets with trendy clothes. They are all super famous, so it’s hard for them to go out to buy clothes. I think of myself as someone who is working for the marketing department of a company called “celebrity.” They have annual incomes beyond the millions of dollars, which is equivalent to the annual revenue of a small or mid-sized company. My main duty is enhancing their image.

Is it hard to work with celebrities who are often said to be self-centered?

Never. Not at all. Most people have misconceptions about Hollywood stars, but they are human, after all. They are modest and kind. And I can’t work with people who are untruthful and arrogant.

Can you tell us about a funny episode you’ve had while working with the stars?

One thing I can tell you is they also try to hide their real sizes - especially female stars. Some male celebrities don’t even know their shoe size.

According to some magazines, you earn about $3,000 a day. Is that correct?

I sometimes earn more than that or less than that. (Laughs.) It depends on the job.

Your mother emigrated to the U.S. in 1966. What was your childhood like?

All I can remember is we were really poor. My mother worked at a sewing factory during the day and at a nursing home at night. She also went to a language school to learn English and had to take care of three children. When she gave birth to me, she went back to work after two hours and fainted.

I remember I spent time at the sewing factory without toys. I grew up wearing clothes from the Salvation Army. But my mother was willing to spend her hard-earned money on our education. The sewing factory helped my mother realize the American dream.

Was she opposed to you becoming a stylist?

Not at all. She rooted for us whatever we chose. All of us are working in the entertainment industry. My elder brother works in film and my younger brother is in the music industry. I’m not sure whether she wanted one of us to become a lawyer or doctor like other typical Korean mothers do, but she never said so.

What was your childhood dream?

I wanted to become a politician. I’m interested in the unification of the two Koreas, maybe because of my father. He devoted his whole life to unification. I worked at a law firm for about two years but it didn’t really suit me.

You launched a clothing brand called Holmes & Yang with actress Katie Holmes last year. How did that come about?

Katie is my best friend. We’re both working moms. I wanted to make clothes that are easy and smart for working mothers.

We have four shops - in Beverly Hills, New York and Chicago - but some styles sold out in the first week after our launch.

I hope I can work with Korean actors [who work in Hollywood].

My long-term goal is to launch my own fashion brand like Vera Wang and Ralph Lauren did.