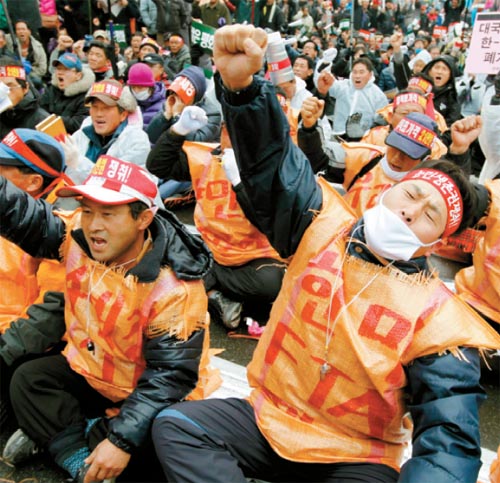 Korean farmers chant anti-government slogans at a rally denouncing the U.S.-South Korea free trade agreement in Seoul yesterday. U.S. and Korean negotiators struck a deal last week on the pact, which was signed in 2007 but not ratified because of U.S. concerns about auto trade. [REUTERS/YONHAP]