The best films you didn’t go to see this year

The best films you didn’t go to see this year 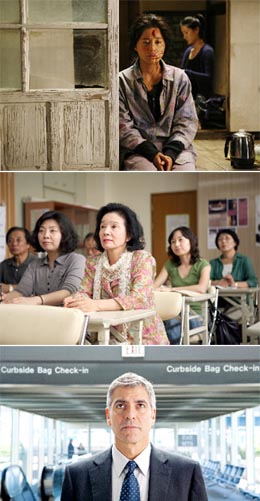 Film industry experts say there are several well-made films released this year in Korea that failed to attract moviegoers but deserve a second look. They include, from top, “Bedeviled,” “Poetry” and “Up In the Air.” Provided by the distributors

When December draws near, everyone looks back on the year and thinks about what they’ve missed. If you are a movie aficionado, this is a good time to check out the flicks on your wish list before the new year in film begins. With the aid of a few film industry experts, the Korea JoongAng Daily compiled a list of the best overlooked movies released in the country this year.


Up In the Air

Even though it had a top-notch cast that included box-office draw George Clooney, “Up In the Air” failed to get off the ground in Korea.

That made Yang Hee-soon, a marketing and promotion manager at Jinjin Pictures, which specializes in indie films, all the more surprised when she saw it. “On the surface, it seems like a romantic comedy, but the way it shows the inner workings of people who are empty inside and indulge in trivial things like frequent flyer mileage made it more like an art-house film.”

Clooney plays Ryan Bingham, whose job is traveling around the country to fire people. His only goal in life is getting 10 million frequent flier miles.

“Since the film garnered so many local and international awards, it seems like it was seen by a lot of people, when it wasn’t,” Gang said.

Although the film generated solid reviews, Gang said that it got lost among similar films released around the same time such as “I Saw the Devil” and “The Man from Nowhere.”

Bedeviled is the story of a woman named Bok-nam who lives on a remote island and is abused by her family.


The Man Next Door

This is another film on her list that, according to Gang, didn’t get its due.

“Everything was perfect - the comic script and meaty performances - but it seemed like it just disappeared into nowhere,” Gang said.

The film traces the sudden death of Sang-su (Yoon Je-mun) whose life was solely about money and women.

“Audiences didn’t have any chance to see the film because it was invited to the Cannes Film Festival as soon as it was released and what everyone wanted to know was whether it would win or not,” Kwon said.

Although Poetry received the Best Screenplay award at Cannes, it was discovered after the festival that the screenplay - written by director Lee Chang-dong - received zero points from the Korean Film Council on its funding application, as the result of political differences between the conservative council head and the liberal filmmaker.

“The situation surrounding the film was way too complicated and it made moviegoers think there was something wrong with it. But Poetry is about basic things in our life - how to cope with pain and keep going.” The film is the story of a woman trying to reconnect with her family.