This documentary chronicles the Yoon Do-hyun Band’s tour to the United States in 2009, when it is part of the “Warped Tour.” The tour is a popular music and extreme sports festival held in parking lots or fields that began as a showcase for punk and metal music and has since expanded to include other genres.

Although the YB Band, as they are known by their fans, is well-known in Korea, they have not built a following in the United States. Getting the rowdy American audiences on the tour to notice them proves challenging for the band, whose members include vocalist Yoon Do-Hyun, guitarist Huh Joon, drummer Kim Jin-won and bassist Park Tae-hee. At their first concert in Seattle the band was basically ignored.

The YB Band rose to stardom in 2002 after its song “O Pilsung Korea!” (“Go Korea!”) became the de facto theme song for football fans during the 2002 World Cup.

The documentary is directed by first-time filmmaker Jeong Heum-moon, whose television credits include “Glass Slippers (2002) and “Fashion 70s” (2005).


Harry Potter and the Deathly Hallows: Part 1 (all) 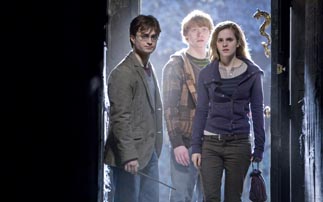 More than a dozen years have passed since J.K. Rowling’s “Harry Potter and the Sorcerer’s Stone” was published in 1998.

Since then, the Harry Potter books and their accompanying films have practically defined a generation of readers and moviegoers both old and young.

Now, the adventure is drawing to a close with the release of the penultimate movie, based on Rowling’s last tome, “Harry Potter and the Deathly Hallows,” which came out in 2007. Warner Bros. has decided to split the final epic into two: the latter half will be released sometime next year.

In this latest installment, director David Yates is back (Yates also directed the fifth and sixth Harry Potter movies), as are all of the core characters: Daniel Radcliffe’s Harry Potter, Emma Watson’s Hermione Granger and Rupert Grint’s Ron Weasley have stuck with the landmark film series through their characters’ (and their own) adolescence into adulthood since the first movie came out back in 2001.

Harry Potter and the Deathly Hallows: Part 1 has few of the quirky, comedic moments of Harry Potter adventures of yore. It’s all grave business here. Voldemort (Ralph Fiennes sans nose) has ascended into power and has taken control of the Ministry of Magic.

Harry and his friends leave Hogwarts on a mission to find and destroy the Horcruxes that sustain Voldemort. While the film doesn’t necessarily reach a climactic summit, it sets the scene well for the second installment to take off where this one leaves off. 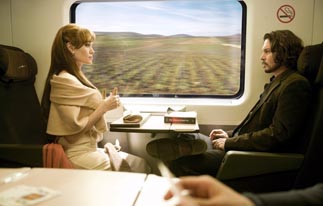 “The Tourist,” an action romance thriller featuring Johnny Depp and Angelina Jolie, is the first foray into Hollywood for Florian Henckel von Donnersmarck, who came to prominence four years ago scooping an Oscar for best foreign film with “The Lives of Others.”

In this movie, Depp’s character is a nerdy mathematics teacher who gets embroiled while on holiday in a web of deceit spun by Jolie’s vulnerable femme fatale and chased by a dogged English detective played by “Da Vinci Code” bad guy Paul Bettany.

Paul (Ryan Reynolds) is a U.S. civilian truck driver on assignment in Iraq who awakes inside a dark, confined space after his convoy is attacked. He realizes he is entombed alive inside a box and buried somewhere. All he has in the coffin is a lighter, knife and someone’s mobile phone. And this is where this mystery-thriller film starts.

Reynolds, who appeared in “X-Men Origins: Wolverine” and “The Proposal,” takes a lead role in “Buried,” written by Chris Sparling and directed by Spain’s Rodrigo Cortes.