The long, slow burn of technology

The long, slow burn of technology 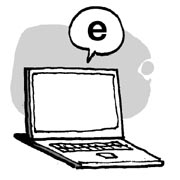 The 1953 novel “Fahrenheit 451,” by Ray Bradbury, paints a dystopian view of a future where reading is illegal and books are burned to close the information gap and create an egalitarian society. Here, the firemen extinguish a different kind of fire - the flame of intelligence. The title, Fahrenheit 451, refers to the supposed temperature at which book paper burns.

Michael Moore borrowed this idea for his 2004 film, “Fahrenheit 9/11,” the tagline for which said that Fahrenheit 911 is “The temperature at which freedom burns.”

Both of these works remind me of Qin Shi Huang - the first emperor of China’s Qin Dynasty. As the first empire to unify the Chinese continent, it tried to unify linguistic characters, units of weights and measures and even the size of carts, all with the aim of ending the confusion that arose during the Spring and Autumn Period and the Warring States Period.

They believed diversity was just another name for inefficiency. Therefore, they tried to unify even the minds of their people. All kinds of books were burned in their campaign. It was a measure that went completely against the teachings of Confucius, who emphasized the importance of trying to find guidance for the problems of tomorrow by absorbing the lessons of the past.

One of the proponents of the emperor’s ideas was Lisi, the prime minister under Shi Huang who was put to death by dismemberment. When the work of unifying the country was complete, he said: “There is only one law, the law of the Qin Dynasty. If people try to learn from the past, instead of the present, it will be a problem.”

Even today, it appears that the era of print is coming to an end and being replaced by technological innovations that render paper unnecessary.

On the heels of the release of the Amazon Kindle and the Barnes & Noble Nook, Google has recently opened its eBook Store.

Things are moving so fast that sooner or later, it could be that paper is seen only in museums. As in the movie “Water World,” paper may become, together with the scent of ink, the second highest-priced item next to earth.

In this day and age, even the Apple iPad and Galaxy Tab seem to be doing the work of the firemen of Fahrenheit 451. However, unlike Guy Montag, the novel’s protagonist, it is not necessary to burn books. All you need to do is pull the plug.