No progress from Dai in Pyongyang

No progress from Dai in Pyongyang 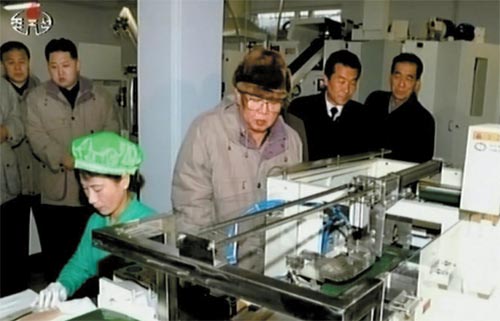 
A meeting on Thursday between Chinese envoy Dai Bingguo and North Korean leader Kim Jong-il failed to break the impasse on the Korean Peninsula after the bombardment of Yeonpyeong Island, Seoul officials said yesterday after being debriefed by China.

However, North Korea told China it will talk with the United States if the U.S. arranges conditions for talks by ending hostile policies against the North, the official said.

Dai, China’s state councilor on foreign affairs, made the visit to Pyongyang amid growing pressure on China to rein in its communist ally after the unprovoked shelling of Yeonpyeong Island near the maritime border in the Yellow Sea. South Korea and the U.S. have demanded an apology from the North over recent provocations, including the shelling, which killed four South Koreans - two of them civilians.

China’s state-run Xinhua News Agency reported that the two sides “reached consensus on the situation on the Korean Peninsula” at the meeting, but another Seoul official said there was no news from the meeting.

“China said it requested North Korea refrain from any further military provocation, but it seems just to be paying lip service.”

Deputy Defense Minister Chang Kwang-il and Michael Schiffer, U.S. deputy assistant secretary of defense for East Asia, will preside over the meeting to be attended by defense and diplomacy officials from both sides. The SPI meeting, aimed at discussing mutual security cooperation, has been held bimonthly since 2005.

The meeting comes after North Korea raised its belligerent rhetoric on Saturday, saying through a statement from its National Peace Committee that, “The army and people of the DPRK [North Korea] are ready for both escalated war and an all-out war.”

North Korea’s Foreign Minister Park Ui-chun, in an interview with Interfax, defended the North’s nuclear program, saying it’s needed to fend off hostility from the South and the U.S.

Meanwhile, the South Korean military is to conduct more naval firing drills from today to Friday at 27 locations in all the three seas surrounding the peninsula. Fifteen of the locations are in the Yellow Sea, but areas near five border islands like Yeonpyeong and Baengnyeong are not being considered.