May the animals rest in peace

May the animals rest in peace 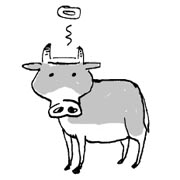 Whether animals have spirits is one of oldest questions humans have asked. The answer given by Rene Descartes, a 17th century French philosopher, was “no.” His conclusion was that only humans have souls and that animals are like machines. His followers must have drawn parallels between screams animals make as they are slaughtered and sounds machines make as they explode.

Our ancestors held rituals for animal deaths, meaning they must have believed they had souls. The murals of Altamira Cave and the rock paintings of Bangudae in Ulsan depict humans making atonement to the spirits of hunted animals.

The half-human, half-beast figures that appear in ancient myths in both the East and West also show that people thought animals had spirits equivalent to humans.

Certain religions also believe in the existence of animal spirits. Islam is one. This being so, Muslims forbid animal circuses and zoos.

In Korea, we have a tradition of holding memorial services for animal spirits to console the souls of livestock sacrificed for humans. At slaughterhouses and livestock research institutes such as the National Institute of Livestock and Veterinary Science memorial stones are laid for animal spirits and regular services are held when animals die.

These services are performed with no less sincerity than services held for humans who have died. In place of ancestral tablets, they leave notes.

The eulogy says “we bow our heads in front of virtuous livestock that showed us the meaning of life and death and console their souls.” It shows that there is no boundary between the spirit of mankind and that of animals.

Under the sponsorship of the Andong City Branch of the Sungkyunkwan Confucian Association, a memorial service for animal spirits was held on Tuesday in the front yard of the Andong Civic Center.

The service was held to console the souls of the 140,000 cattle and pigs sacrificed in Andong to prevent the spread of foot-and-mouth disease. The animals that had to be slaughtered must have felt miserable. If livestock do have spirits, the ritual may have at least brought them some comfort.

It is in this spirit that I sincerely hope that foot-and-mouth disease is eradicated, so that no more animals have to die.