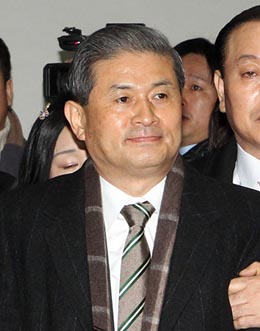 The 57-year-old Hwang, a former veterinary professor at Seoul National University, had claimed major breakthroughs in stem cell research in 2005 in a paper he and his colleagues published in the journal Science, saying they had created the world’s first cloned human embryos.

He and his team were later found to have fabricated research results, and Hwang was indicted on charges of fraud and embezzlement.

In an October 2009 ruling, the scientist was convicted of embezzling 830 million won ($719,000) in research funds he had won from the government based on his falsified research and of illegally buying human eggs for his research. Prosecutors appealed the case after the court exonerated Hwang from fraud charges of obtaining 2 billion won from two local firms using his falsified lab work.

The Seoul High Court upheld the lower court’s ruling for a suspended jail term and affirmed that Hwang can be charged with embezzlement but not fraud.

“The research fund in question was not for the individual recipient Hwang but was provided on the premise for conducting biotechnology research; and therefore, [Hwang] using the money for other purposes constitutes embezzlement,” the court said in its ruling.

But it said there was no causal relationship between the funds he obtained and the falsified research, clearing him of fraud. Although Hwang’s crime is serious, it is not appropriate to deprive Hwang of research opportunities by putting him in jail, the court said.