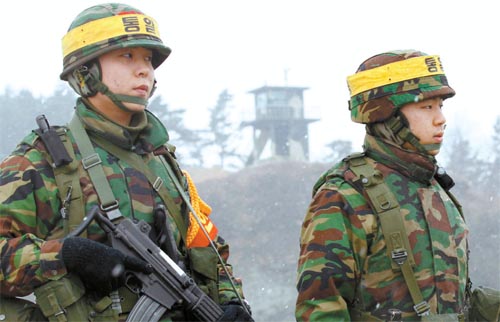 
North Korea vowed yesterday to retaliate with greater firepower if South Korea goes ahead with its planned live-fire drills from the frontline island that was devastated by North Korean shelling.

“Second and third self-defensive blows that cannot be predicted will be dealt” if South Korea conducts the one-day drill scheduled between today and Tuesday, the North’s military said in a statement carried by the official Korean Central News Agency (KCNA).

“The intensity and range of the firepower will create a situation more serious than one on Nov. 23” when the North shelled Yeonpyeong Island in the Yellow Sea and killed two marines and two civilians, the North said.

North Korea fired about 170 shells to attack the island, prompting the South to fire back but with no clear success in retaliation. South Korea has vowed to make the North pay for its actions.