At long last, a female general is appointed

At long last, a female general is appointed 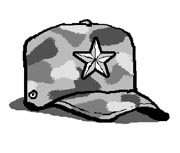 In almost all countries, there is a story about a national heroine who saves the country by leading an army when the country is in a crisis. The Bible refers to the triumph of Deborah, who defeated Jabin, the King of Canaan, and his 900 iron chariots with 10,000 Israeli soldiers. Few can match the achievements of Joan of Arc.

According to “Nihon Shoki,” the second oldest book of classical Japanese history, Empress Jingu was a national heroine. She is known to Korean historians because of the controversial legend that she led an army in an invasion of Korea. Although there are a number of heroines in China, including Hua Mulan, who became popular through the animated film “Mulan” (1998), the 17th century general Chin Yang-ok is the most prominent of them all. At the end of the Ming Dynasty, she was given the title of general in recognition of her contributions for subjugating the rebel forces of Zhang Zian-zhong. It is said that she died in 1648 at the age of 75, after falling from a horse while commanding the army that resisted the Qing Dynasty.

In comparison, written records of female military leaders are scarce in Korea. One name that became the topic of conversation in the 2000s was Yeon Suyeong. She was a sister of Yeon Gaesomun, a powerful and controversial military dictator in the waning days of the Goguryeo Dynasty (37 B.C. ? 668), but her name does not appear in the official history books of Korea and China. She came into the spotlight when Hwang Won-gap’s novel “Yeon Suyeong: The Immortal Name” was published early this year.

Hwang claims that Yeon’s contributions are proven by inscriptions found on historic relics from Goguryeo and Balhae that are scattered around Gaizhou in Liaoning Province, China. Although they have not yet gained recognition in academia, there are also inscriptions on stone monuments saying she led the Goguryeo Navy and won a great victory in the war against the Tang Dynasty, according to Hwang. When the contents of the inscriptions are confirmed, I wonder whether the history of Goguryeo’s struggle against the Tang should be re-written.

In a military reshuffle on Thursday, Brig. Gen. Song Myung-soon became the first female general to join the Army’s combat branch. Perhaps it can be said that she is the first female military leader in the history of Korea after Yeon Suyeong. Although we are late in appointing a woman to a top position, I hope this is the first of many to come.