Familiar works, small in form, by giants of contemporary art

Familiar works, small in form, by giants of contemporary art 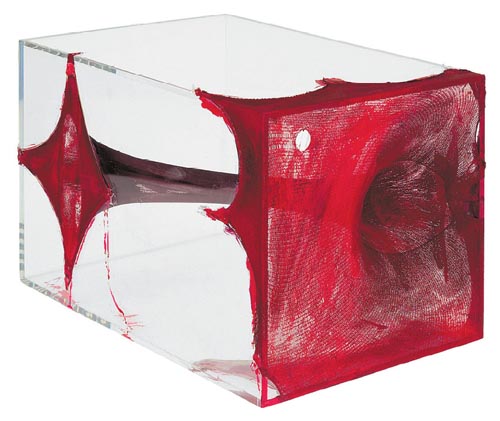 
The exhibition rooms on the second floor of the Seoul Arts Center’s Hangaram Art Museum in southern Seoul are crowded with paintings, photographs, sculptures, videos and installation works of relatively small sizes. The works are diverse in style but have one thing in common - they will all look strangely familiar to contemporary art enthusiasts.

The works resonate because many of them were made by such renowned artists as Louise Bourgeois, Andy Warhol, Gerhard Richter, Bruce Nauman, Cindy Sherman, Jeff Koons and Damien Hirst. In fact, many of the works in the exhibition, entitled “World Stars in Contemporary Art,” follow these artists’ signature styles.

All 200 artworks, by 185 artists, were created exclusively for the Zurich-based art magazine Parkett. Since the magazine published its first issue in 1984, it has featured the works of select artists in its pages. Now, Parkett is published twice per year in both English and German and features four artists per issue. 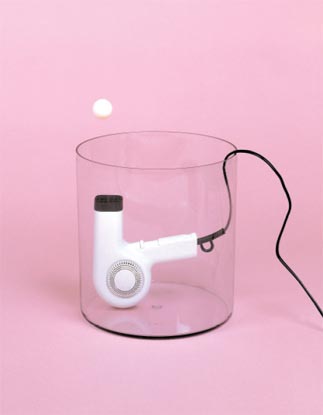 “We directly collaborate with artists for every issue,” Dieter von Graffenried, publisher of Parkett, told the press at the Hangaram Museum on Friday. He said that when an artist is to be featured in the magazine, Parkett works with the artist to select images of the artist’s existing works and find a writer who can clearly describe the artist’s oeuvre.

“Then, the artist creates a new work exclusively for us,” he said.

In this way, Parkett is “not writing about the artist, but with them.”

A retrospective of the artworks created for Parkett was held at the Museum of Modern Art in New York in 2001. The works in this exhibition were shown at Japan’s Kanazawa Museum in September 2009.

The exhibition in Seoul is divided into five sections.

In the first section “Studio,” the British artist Anish Kapoor’s work “Untitled” is particularly arresting. The work consists of a clear acrylic glass box that contains a red stocking, torn and stretched into a grotesque form. Displayed this way, it looks like splashed blood or a black hole.

“It is small but accentuated with all of the artist’s signature elements,” said von Graffenried.

The work was described in Parkett’s 2003 issue as a “miniature metaphysical maelstrom stretched in space to the breaking point and beyond.”

The “Studio” section also displays “Photo Edition for Parkett” (1987) by American pop artist Warhol (1928-1987). The photographs of skeletons, which seem to echo the Western “Dance of Death” tradition, were made shortly before Warhol’s own death. 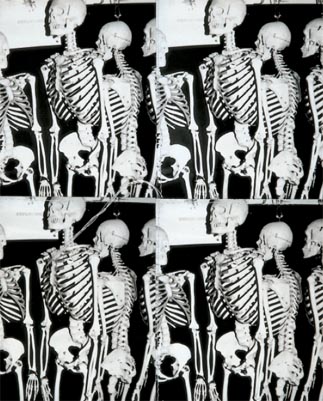 “Photo Edition for Parkett” (1987) by Andy Warhol (1928-1987). The works were created exclusively for the art magazine Parkett and are currently part of the exhibit “World Stars in Contemporary Art” at the Seoul Arts Center’s Hangaram Art Museum in southern Seoul. Provided by Parkett and the museum

Parkett said of the work, “Skeletons proliferate like a quest at a macabre cocktail party in this quartet of repeated images sutured into a patchwork memento mori.”

Among the works in the third section, “Garden,” are two works by American pop artist Jeff Koons, who is known for his reproductions of kitsch objects. One is the 1989 work “Signature Plate” and the other is the 1997 work “Inflatable Balloon Flower.”

“There are many artists including Koons who were not so famous when they first collaborated with us and have later become leading figures in the contemporary art scene,” said Beatrice Fassler, who is in charge of editions and advertising at Parkett.

Had Parkett purchased the artworks outright, it could have raised a great deal of money, but the company has a policy of selling them to their readers, Fassler said. The works in the exhibition belong to a collector for whom Parkett asked for anonymity.

“What Goes Up Must Come Down” (1994) by Damien Hirst is a must-see work in the fourth section “Wardrobe.” It is an installation made utterly of found objects, including a ping-pong ball, a hair dryer and a plexiglas container. The ping-pong ball held in suspension on the up-draft of the hair dryer has a strange beauty beyond the banality of the individual objects, leading to multiple interpretations.

The fifth section, “City,” features German photographer Thomas Struth and others. In one area, visitors can browse old issues of Parkett.