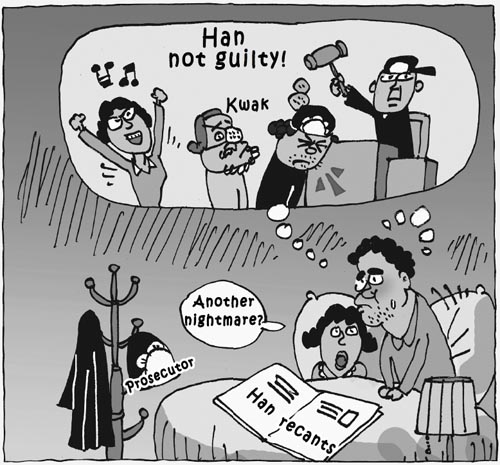 In March, a court acquitted former prime minister Han Myeong-sook of receiving $50,000 from former CEO of Korea Express Kwak Young-wook after Kwak recanted testimony that he gave bribes to Han. In a separate trial Monday, Han Man-ho, a former president of a construction company, recanted a statement that he bribed the former prime minister.