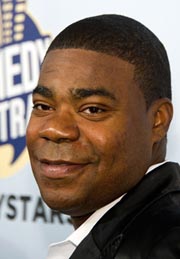 NEW YORK - Actor and comedian Tracy Morgan is recovering from a kidney transplant undergone earlier this month, his publicist said in a statement on Monday.

Morgan, 42, will miss at least two episodes of the television show, “30 Rock,” in which he co-stars with Tina Fey and Alec Baldwin. His successful transplant occurred around Dec. 10. “Tracy is doing well and taking some much needed time to recover after the surgery,” said the statement.