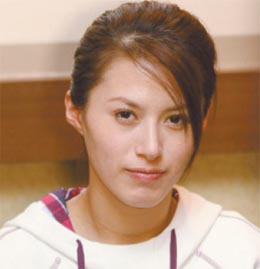 Yang Shu-chun, a female Taiwanese taekwondo fighter who was disqualified at the Asian Games in November, has been suspended from action for three months, the sport’s governing body said on Wednesday.

The suspension for Yang, however, won’t affect her immediate taekwondo career, according to the Seoul-based World Taekwondo Federation. There are no major international competitions scheduled over the next three months, and the 25-year-old will be eligible for the world championships in Gyeongju, North Gyeongsang, next May, as well as July’s qualifications for the 2012 London Olympics.

Yang attended a hearing at the WTF sanctions committee last Saturday. She was disqualified from her first-round bout against Vietnam’s Vu Thi Hau in the women’s 49-kilogram event in Guangzhou, China, for wearing extra sensors in her socks.

Yang passed a pre-match inspection of her gear. But she was disqualified with 12 seconds left in the first round with a 9-0 lead after officials found an extra sensor taped to each of her heels.

The Guangzhou Asian Games was the first international competition in which electronic vests and socks were put to use, and points were accumulated when sensors on the feet connected with those on the body protector.

The WTF confirmed that Yang was disciplined on two violations of WTF rules: “use of illegal equipment” and “interfering with competition management.” After she was disqualified, Yang, in tears, staged a sit-in protest for several minutes.

“There was evidence of unauthorized and illegal use of equipment,” an official with the WTF said. “But considering Yang’s talent, proven performance and her long dedication to the sport of taekwondo, we wanted to protect the rights and interests of the athlete.”

Along with Yang, her coach, Liu Tsung-da, was suspended for 20 months. The Chinese Taipei Taekwondo Association was fined $50,000, to be paid by Jan. 31 next year.

Before Yang’s hearing, Taiwan’s Sports Affairs Council said it had filed an appeal to the Court of Arbitration for Sport, the international arbitration body based in Switzerland.

The council said it could decide to withdraw the appeal if the WTF’s committee reaches an “acceptable” decision, but would proceed with the case if any WTF move jeopardizes Yang’s career.