Is plea bargaining panacea or poison?

Is plea bargaining panacea or poison? 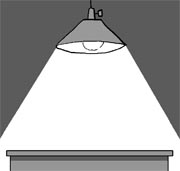 In American movies and television dramas based on court cases, there is almost always a scene in which a prosecutor offers a suspect a deal. This is plea bargaining. A prosecutor offers to reduce criminal charges or drop an indictment if a suspect cooperates in a criminal investigation. It is legal in the United States, Great Britain, France and Russia. Plea bargains are reportedly struck in about 80 to 90 percent of criminal cases in the United States.

The United States utilized the plea bargaining system to secure repatriation of American spies from Russia in exchange for the release of Russian spies. When the 10 Russian spies pled guilty, the court sentenced them to a prison term equal to the period they were taken into custody so that they could be released without delay.

It has been reported that the U.S. considered bargaining with Pfc. Bradley Manning, who was arrested on charges of unauthorized disclosure of classified information to WikiLeaks, so he would testify that Julian Assange, editor in chief of WikiLeaks, was behind the disclosure.

In Korea, plea bargains are still illegal. Nevertheless, there have been many cases of illicit deals struck between prosecutor and suspect here. In one case, a prosecutor forced a suspect to falsify his testimony in exchange for reduced criminal charges. When a recording of the conversation was made public, it caused a big stir.

In another case, the prosecution’s attempt at a plea bargain was disclosed during a court proceeding. An owner of an entertainment establishment who was investigated on charges of offering bribes to tax officials in 2008 testified that prosecutors told him his sentence would be reduced and that he would be charged without detention if he confessed to bribing high-ranking government officials.

Soon, plea bargains will be made legal in Korea. The Ministry of Justice on Monday produced a draft revision of the law related to the introduction of a system that allows plea bargaining. When the system is enforced, plea bargains could be used to induce statements from members of crime organizations, producing more efficient investigations into organized crime and corruption. However, some worry that making plea bargains legal could have negative effects on our legal system. They could be abused to produce forced statements from suspects or to stretch the rules. Whether plea bargaining will be a panacea or a poison depends on the way the prosecution handles it.