In the nick of time

In the nick of time 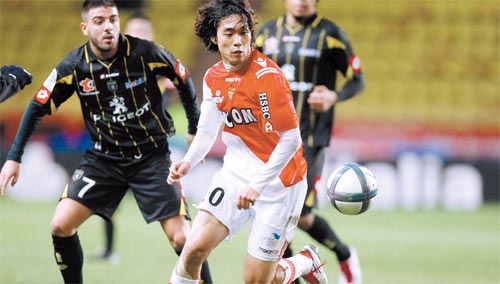 Monaco’s forward Park Chu-young, right, vies for the ball with Sochaux’s midfielder Geoffrey Tulasne during their French L1 football match on Dec. 22 at the Louis II stadium in Monaco. Park scored his sixth goal of the season with time running out in added time to help AS Monaco to a 2-1 win. [AFP/YONHAP]