Getting a grip on what seniors want

Getting a grip on what seniors want 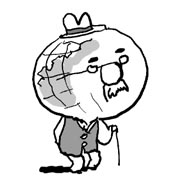 The elderly run people over and are forced to hand over their driver’s licenses. When caught driving without a license, they are sent to jail. Suddenly, a group of grandfathers clad in commando uniforms burst out of the sky to save their elderly peers. Sent by the AARP (formerly the American Association of Retired Persons), they free the elderly from retirement homes and take over. Then they list their demands: driver’s licenses, more Medicare and a ban on kids skateboarding on the sidewalk. If that scenario seems extreme, it is. It’s from “Grey Dawn,” a 2003 episode of the popular animated television series “South Park.” But there’s an important lesson - we can no longer ignore our seniors.

The AARP, with a membership of more than 4 million, is America’s most powerful lobbying group and one of the strongest advocates for the rights of the elderly. Under the campaign “Divided We Fail,” the group became politically active, pressuring presidential candidates to represent their interests in the 2008 elections.

The United States, with an economy that is moving at a snail’s pace, steps into the New Year with the burden of an aging society to add to its gloomy prospects. The baby boomers - born between 1946 and 1964 and the bedrock of the American workforce - start to retire next year and they will be eligible to claim Medicare and other benefits. Many wonder if the heavily deficit-ridden and debt-battered American society can sustain 80 million members of the baby-boom generation as they cease to be taxpayers.

This problem has already arrived in Japan and Europe. The conservative party in Japan lost power last year after its failed attempt to increase the health care burden on senior citizens. Protests against national health reform have become standard in France and Greece. Since a decade ago, former Commerce Secretary Peter G. Peterson has been warning of a “global aging” that will have more serious repercussions than global warming. He has suggested that the world enforce common solutions to lessen the burden on each economy before the looming crisis hits.

Governments who did not heed the warning are now coming to grips with the problem. But in Korea, the Ministry of Health and Welfare plans to allow insurance coverage for drugs for diabetes and osteoporosis. It also plans to appoint clinics to consult with seniors, in order to rein in spending on health care. It’s good to know there are good ideas to help in the coming year ahead of the election season.